PARALLAX To Perform at The Cotillion on August 26th Supporting TRIVIUM 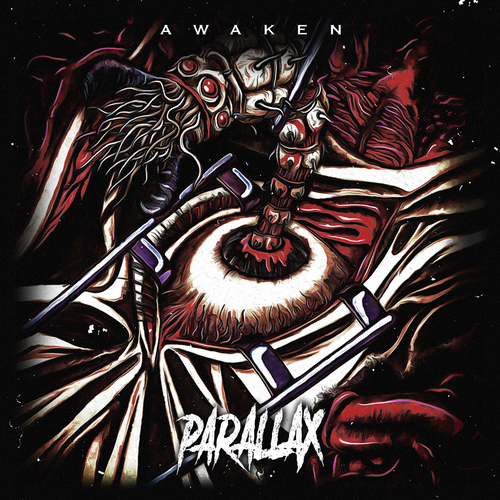 Wichita’s modern metal act PARALLAX have announced a brand new live show date! They’ll be playing at The Cotillion in Wichita, KS on Thursday August 26 supporting TRIVIUM along with Revisionist. Tickets are on sale now here.

“We’re super stoked to be playing with Trivium and our friends in Revisionist on August 26th. The Cotillion aka “The Round Mound of Sound” is hands down one of the best places to play in Wichita. I’m really happy that they are back up and running. The guys In Trivium always put on a hell of a show, it’s  going to be awesome sharing the stage with them,” states guitarist Jason Catlett.

PARALLAX released their new full length album, Awaken earlier this year on Fine Swine Records. Telling a chilling story about a protagonist finding himself infected with a demonic parasite that brings about the total destruction of planet Earth; Awaken takes its listeners on a deep dive into a sonic multiverse that encompasses the bands  many influences while yielding a fully original experience.

The new album was self produced, recorded & mixed by guitarist Jason Catlett & Parallax at Magnitude Creative Recording Studio in Wichita, KS. Mastering duties for Awaken were handled by legendary mastering engineer, Alan Douches at West Studios in NY. The full length album is available now on all digital music platforms.

Prior to taking the stage at The Cotillion on August 26th; PARALLAX will perform at Blunt Force Trauma Fest, a virtual mini-festival experience presented by Ebony Jeanette PR and Metal Assault Records. Stream the premiere of Blunt Force Trauma Fest on YouTube.com/ebonyjeanette. Airing July 16, 2021 at 8pm Eastern.