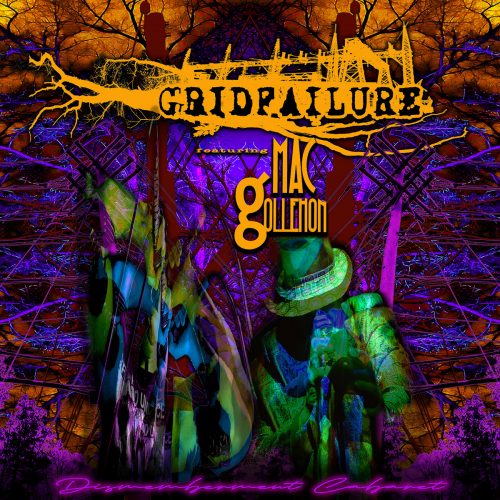 Today RIGHT HERE or HERE you can pre-order the forthcoming (5/21) Dismemberment Cabaret collaboration release between noise scientist Gridfailure and esteemed jazz trumpet and pop genius Mac Gollehon. You can also see an eerie but colorful and nightmare jazzy visualizer for track “Roaming Blackouts”.