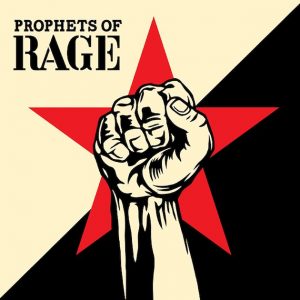 Prophets Of Rage, the super groovin’ super group featuring RATM, Public Enemy and Cypress Hill members, have released a video for planned album opener “Radical Eyes”. It features some footage of recent protests as well as historical and sadly not so historical racist hate groups and deceitful, bigoted talking heads and politicians who pretty much all explode, hahaha.

The track is taken from PROPHETS OF RAGE’s self-titled debut album, which will be released on September 15 via Fantasy Records. The disc was recorded with legendary rock producer Brendan O’Brien (Audioslave, King’s X, Stone Temple Pilots) and as a result features the signature huge rock sound he is known for capturing so well paired with charged up performances by a band inspired to take out the trash and suckers who believed the hype and latched on to Trump’s con like gullible babies looking for a sweet teat to solve all their problems. Maybe you should learn about automation and stop believing there is ever gonna be a segregated world when the entire world is very diverse, you stupid entitled right wing dummkopfs.

Fun fact, did you know the eclipse staring far from actually alpha fast food scarfing moron in chief already has burned through the secret service budget from golfing in his whale ass khakis? Maybe they will stop doing their job like Trump told them to for Clinton, who knows. This is a capitalist society, right?

Check the clip out HERE.