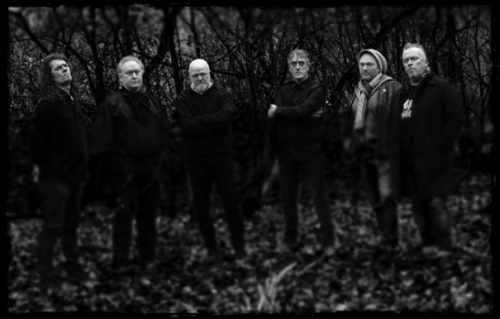 Greetings corona conquerors. I am sipping coffee in my pjs and positively living from Axl dragging Steve Munchkin on Twitter about virus deaths. Chinese Democracy did more for the world and democracy than you ever did, Steve. Bootlicking moron. Plus Suicide Squad blew (except for Diablo).

Wanna tell y’all about this Belgian band of rocker dudes Cult Of Scarecrow today. I like their new video -made in quarantine- for “Adrift and Astray”. The keyboard set up got me stoked and I like that they are like regular metal dudes who are older and obviously doing what they love and thus not poseurs.

Thought I’d give their entertaining video and styles some love today as the whole thing is about an evil virus that wants to destroy metal being defeated as we rise back eventually from the ashes. Word up, dudes. 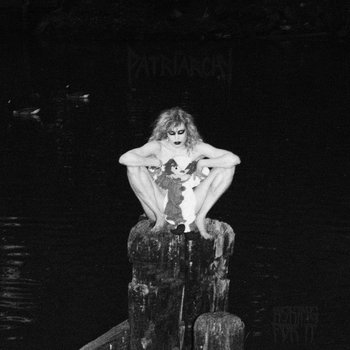 Official #1 album of the afterlife, ongoing…

Much like multi-faceted Goddesses of ancient times like Hecate, Demeter and Freya who were associated both with harvest/abundance and death or battle, Actually Huizenga is both a total baller and a subterranean legend who inspires well-deserved cult worship and who I am stoked to call a friend. Punk icon Ian Svenonius ( The Make-Up, Nation Of Ulysses) guest stars in the new video for “Burn The Witch” from the at times campy but still deeply relevant industrial project Patriarchy. Asking For It was pretty much my absolute favorite (of all genres) album last year -peeling back layers of social constructs amidst a blend of lusty cemetery industrial pop and death rock. Plus the songwriting quality, both musically and the lyrics, is insane. Every video has been dope af. I should’ve fucking put it on our year end list but since I am clearly an idiot I mostly leaned towards stuff on the 2019 year end list that was more blatantly metal or hardcore (with one exception of a folk Guns n Roses cover). Hopefully I will be forgiven. Actually Huizenga & Andrew Means are a crucial act to know in 2020. 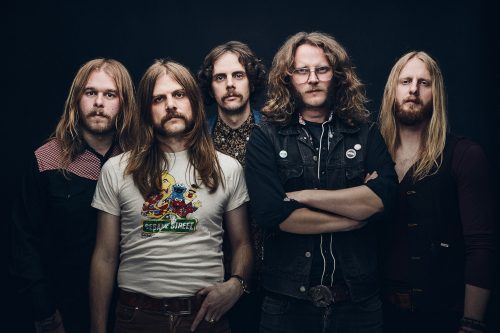 A reminder that Horisont are set to release Sudden Death on May 15th! The follow up to About Time is coming at last. I have been loving the piano intro to “Free Riding” in particular. This tune just scratches all my Thin Lizzy itches in the right ways (and some prog ones too). Unabashed scandinavian stud music.

Lastly today, we need to celebrate that Alestorm has a new album with a completely epic title Curse Of The Crystal Coconut out May 29th via Napalm. “Treasure Chest Party Quest” has lyrics about babies with tiny metal hands being born drunk. If this fucknuts video doesn’t make you laugh a little in these bleak, shitty times then nothing will. Also, the production of the song is pretty huge…and of course the bearded baby. This is one of the greatest experiences I have had while in quarantine, frankly.