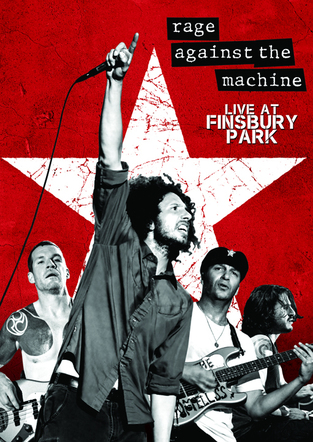 Who is tired of band’s without messages of depth polluting the scene with white noise? IS it a crime to sing about real world issues? I give major props to Stray From The Path or Cop Problem in 2015 for not taking the easy way out. I’ve been bumping Run The Jewels a lot and got a tweet favorited by El-P the other day, which was mad chill. I also fuckin’ crave heavy groove and Rage Against The Machine opening for Cypress Hill on Black Sunday tour (with Seven Year Bitch and Funkdoobiest!) was my first concert. So, I miss me some Rage.

We need to smash corporate Oligarchy and unite as people of various colors, sexuality types and genders to get this world back on course! Did you see the GOP debate clowns this year? And half the Dems are as bought and paid for! Even Dave Mustaine seems to be getting a bit more sensible again, the GOP Debate was so bad!

Boysetsfire, System Of A Down, Pussy Riot or the bad ass new Morgoth song “Snakestate” come to mind as great examples of modern protest shit that jams hard, but there is only one Rage.

This shit got dropped in my inbox by the fine folks at Eagle Rock and was cool enough news to stop staring at and listening to the musically hypnotic and drop dead gorgeous singer of Overdrive, Fernanda Hay singing Bessie Smith for a minute (she followed me, I was not lurking…but, now I kind of am, haha). Anyway=

This fall, Eagle Rock Entertainment will drop the simultaneous release of Rage Against The Machine Live At Finsbury Park on DVD, Blu-ray and digital formats on October 16, 2015 [MSRP $14.98 DVD, $19.98 Blu-ray].Watch a clip at Metal Injection HERE.

Filmed in high definition at London’s Finsbury Park on June 6, 2010, this concert, which includes “Killing In The Name,” “Bulls On Parade,” “People Of The Sun,” “Guerrilla Radio,” “Bullet In The Head,” “Bombtrack,” “Sleep Now In The Fire,” and a cover of The Clash’s “White Riot”, comes with an interesting back story…

Read it and see tracklisting BELOW.

In late 2009, a successful campaign was launched by English DJ Jon Morter and his wife Tracy to promote an alternative to the omnipresent X-Factor winner being the Christmas #1 hit in the UK singles chart. The track they nominated was Rage Against The Machine’s “Killing In The Name.” The band supported the campaign, donated the proceeds from the sales to charity and lead singer Zack de la Rocha promised that Rage Against The Machine would perform a free concert in the UK to celebrate the achievement. This is that concert.

Eagle Rock Entertainment is the largest producer and distributor of music programming for DVD, Blu-Ray, TV and Digital Media in the world. Eagle works directly alongside talent to produce top quality, High Definition programs, both concerts and documentaries, including The Rolling Stones, Pink Floyd, The Who, Queen, The Doors, Jeff Beck, Peter Gabriel, Paul McCartney, Ozzy Osbourne, Genesis, Alice Cooper, Eric Clapton and Aerosmith. Eagle is a Grammy Award winning company and has received over 40 multi-platinum, over 80 platinum and over 144 gold discs, worldwide. Eagle Rock Entertainment has offices in London, New York, Paris and Hamburg.

More On: Alternative Metal, Release, Rage Against The Machine, Epic Records
share on: