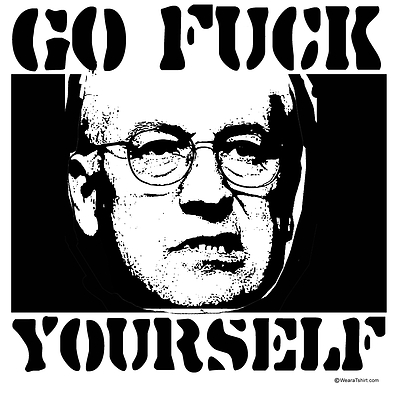 No, the draconian barf bag didn’t die. Evil lives forever!  I’d just like to take up a second of your precious time searching the web for cat videos to remind everyone to REMEMBER what a true anti-patriot Dick Cheney REALLY was, is and remains. Misleading the troops to war at the expense of tons of American AND Iraqi lives, turning 9/11’s real mourning to his political advantage, revolving door crony-ism with Halliburton (who very much influenced those who voted for the war)…the list goes on and on. Come out of the woodwork and complain about Obama and the drones all you want. It still doesn’t mean Cheney was right. The “Gut Check” Rejecting Cheneyism piece that is blowing up (no pun intended) in the wake of the CIA torture report inspired me today.

Metal and punk at their best used to be about rebellion and a free way of life, not just ear gauges and chain wallets or beer cans and gore art. Am I not allowed to speak out since I write for a metal site? Kiss my ass. The metal, hardcore and punk community is the best! Look, in the past I have complained about Michale Graves or Bobby Steele being conservative in punk, for example. Well, I’m still a fan of those guys and think they have every right to speak. I am an independent and am against the exploitation of the American people, or humans in general (even the ones I disagree with politically)!

Jello Biafra (of the true version of Dead Kennedys/LARD/The Guantanamo School Of Medicine and Marvel team ups with Sepultura and The Melvins…among others), is one of the most “extreme” performers ever, yet really he should be considered normal, in a sane world. His spoken word album In The Grip Of Official Treason nails Cheney to the wall harder than just about anything, if you never heard it. Even Fox News team members know Cheney is a putz-wad and a creepy liar (as is his delusional lesbian daughter for being LGBTQ and GOP at the same time, how is that possible?).

From attacking Wall Street corruption that crashed our economy to speaking out against Corporate Welfare’s ironic attack on the average working person to so many good songs and an open mind releasing great albums on Alternative Tentacles, Jello gets a Metal Riot stamp of approval and shout out today.

Click HERE for more and support the troops by being pro peace. Sure, ISIS is bullshit and issues like that matter.  SO does the wake of bodies that got things so bad in the first place through history’s cruel saga of human greed, twisted religious control not about love at all and forms of other mental illness from the Inquisition to Vietnam to the “Axis of Eden” (to reference Today Is The Day). 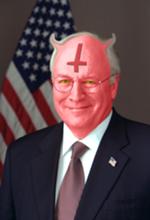