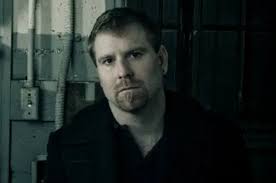 Season of Mist Records announced earlier today that Sean Reinert, the drummer, percussionist, keyboardist and producer for the band Cynic, has died.

“I was luckier than most. Complete musical trust—especially between a bassist and a drummer—is a rare and precious thing. Rare, because it’s not something you find by looking for it. Precious, because some may go an entire lifetime without ever having experienced it. But I was luckier than most. Sean offered his trust during every rehearsal, every recording, and every performance we ever did, and it’s likely that I’ll never experience the same again. The truth is that we’re all lucky—lucky to have been alive while Sean Reinert was making music.”

We're shocked and saddened to learn of the passing of former Cynic drummer Sean Reinert.

Sean was a mega-talent, a true giant in whose shadow many walk, and his prodigious skills, warmth, and wit will be sorely missed.