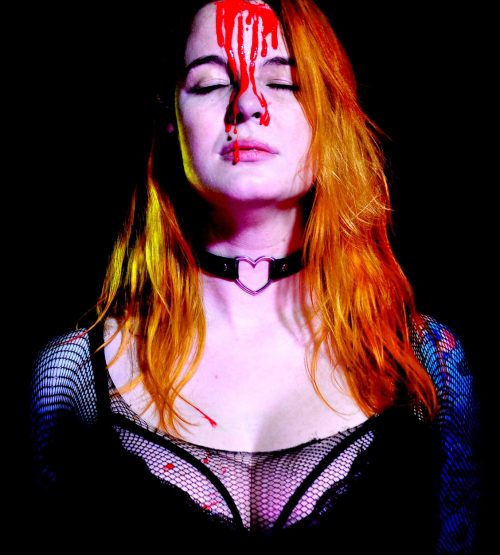 During the UK national lock down in 2020, Serena decided to write an entire black metal album themed to the RPG computer game Skyrim. Each song is about different dungeons, story lines and weapons within the award-winning game. She notes: “I have always associated Skyrim with black metal. The snowy mountain settings, the morbid themes, the Norse mythology backbone – it just goes hand in hand for me.” Prior to her 10 year career as the front woman of Svalbard, Serena previously played in a black metal band and has been excited to get back to her musical roots. With hypnotic, interlocking tremolo guitar leads, pummeling blast beats and reverb drenched vocals; NOCTULE sees Serena spread her dragon wings and take off in an intriguing musical direction on her own.

Today, listen to the title track to Wretched Abyss in the form of a music video. The video is streaming now at Revolver Magazine. “The video was shot at The Gryphon, which is Bristol’s best heavy metal pub and venue. We filled the live room with smoke and candles to create that ethereal vibe. The video was filmed by David Gregory and James Morgan of Cineoteric Films,” comments Cherry. “‘Wretched Abyss’ is a song about Hermaeus Mora — who is the daedric prince of fate, knowledge and memory in Skyrim,” Cherry tells us. “He often appears in a Lovecraftian form of tentacles in the game, this imagery combined with his unsettling psychological questline is what inspired me to write this song.” 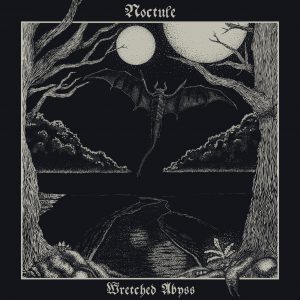