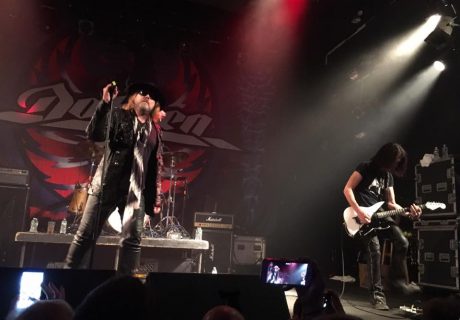 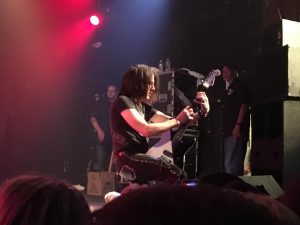 Look at that Charvel!

For weeks, I waited, crossing days off on the calendar, plotting what I’d say when I finally met the man who taught me to never “Unchain The Night”. Doors opened at 630 pm, but I arrived at 4. I was pumped.

When the doors finally opened, we were treated to two opening acts. The first up was a bunch of younger dudes by the name of CONQUER AT WILL. It is a damn shame these dudes weren’t around in 86 because they would have made that year their bitch.

Everything from their song writing, to their sound worked to make them a perfect opener to DOKKEN. They have an album called Lou’s Revenge due out on Halloween. I’d strongly recommend buying the album and giving them a shot. If you like 80s metal, you won’t regret it.

Next up was a band called BIG GUNS, another 80s influenced band. BIG GUNS actually did one of the best covers of Whitesnake’s “Still Of The Night” I’ve ever heard with guest vocals by the incredible Rachel Lorin. 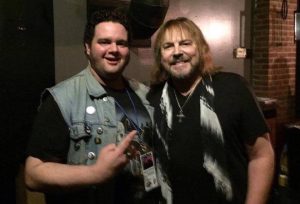 Immediately upon the end of BIG GUNS’ set, it was time for me to meet DOKKEN at the meet and greet. Truth be told, I was getting scared. Would I get star struck and forget how to speak? Would the two of us meeting bring upon the coming of Gozer? No, neither of these things happened. I walked into the room and was immediately greeted by drummer “Wild” Mick Brown who tapped me on the shoulder and pointed up at some sheets hanging from the ceiling saying “,Look at this shit! They really fucking went all out for Halloween hahaha!”. It was right there that I began to figure out that the “Wild” in “Wild” Mick Brown might not be much of an exaggeration. 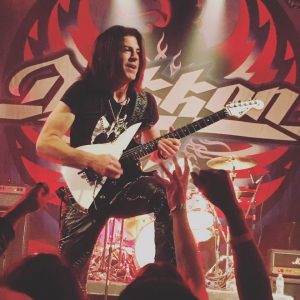 After a few minutes of chatting and taking photos with the band, it was time for us to return to the venue and time for DOKKEN to prepare to hit the stage. The band hit the stage, opening with the thunderous “Kiss Of Death”. They followed that up by playing many of the classics, including “Dream Warriors”, “In My Dreams”, “Into The Fire”, and my personal favorite, “Alone Again”. The band sounded excellent. If DOKKEN rolls through your city, do yourself as favor and go. They still put on one hell of a show! 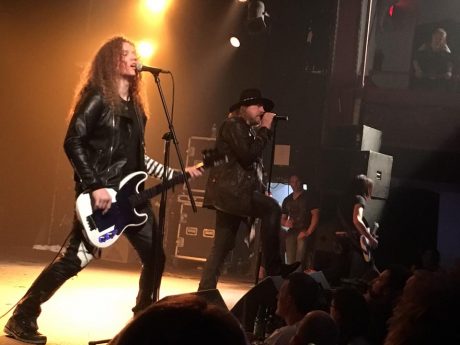 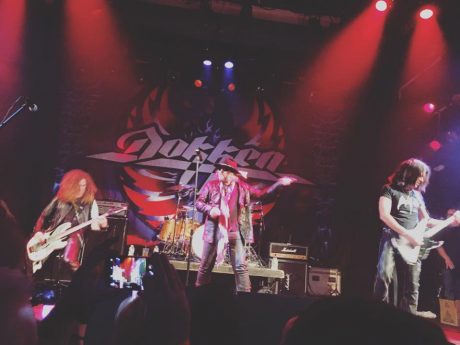