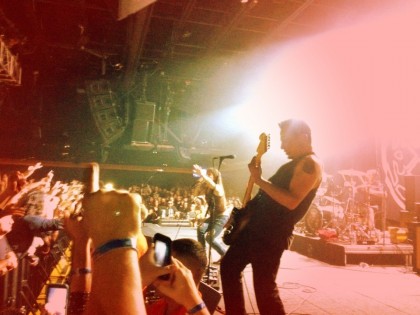 “Shed my skin and start again”

It was thrilling to attend the sold out Starland Ballroom Life of Agony and A Pale Horse Named Death show (w/Antwerp openers Diablo Blvd bringing their blend of Danzig-influenced hard rock). It is no secret I am one of the biggest LOA and Type O fans in the world and have been blessed to interview Mina, Sal and to have met Joey Z on different occasions. This band saved my life and I know I am not alone among you metalriot.com readers out there in vocalizing that.

That said, be it their name, the serious nature of their blend of melodic alternative rock and old school hard core and metal or just timing, Life Of Agony are both huge AND underrated. No one knew for sure if they would ever come back now that singer Kieth Caputo transitioned to become Mina Caputo, but from the first note of the band’s set the place erupted and the room was nothing but love. It was completely life affirming and rock n roll as hell. 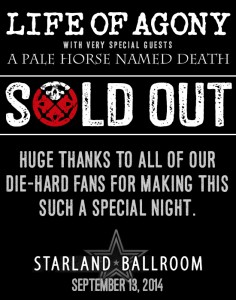 Sal Abruscato, first of all, has to get metal performer of the freakin’ decade for being able to get up and kill it with A Pale Horse Named Death and keep the Type O spirit alive. He was really funny and sarcastic and dry on stage as well, nearly as gifted a guitarist and band leader as a drummer for LOA. Such a trip to see Sal and Johnny Kelly together in one band (and shout out to Eric Morgan on bass who locked in so well with Johnny and really solidified the great APHND tunes). You think of the connections going all the way back to before Bloody Kisses
(which people forget Kieth Caputo sang backups on) and what all these friends have accomplished together is breathtaking. APHND were doomy as fuck and yet full of real emotion, perfectly setting up the explosion of pathos that LOA would bring to the table for the final course. 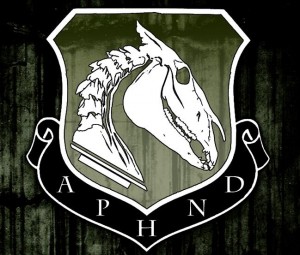 I had ridden down to the show with some of my friends from the band Painmask and our boy Slatedog (aka Matt Slater, who shoots for Metal Riot sometimes and who used to play in the bands Snapring and Beneath The Remains). For us, this show was a real pilgrimage. Painmask recently cut tracks for a new release with Joey Z himself and you will be able to hear them soon. Catskill Jay Avery (Painmask’s vocalist) and I go way back and just six months ago we were in the studio when they were tracking with Joey, secretly wondering to ourselves if LOA would ever hit the stage again. After being celebrated for their return in the more open minded Europe, it was so great to see US fans being open minded to Mina’s lifestyle choices and loving the band for who they are, not some bullshit constraints on who fans WANT them to be. “Never compromise and you will never have to live a lie”, after all. 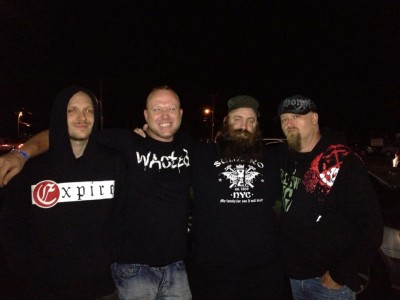 Cool side note. Jay from Painmask and I have been in the Upstate, NY rock scene for about 20 years and Painmask’s name was inspired by the interior art for LOA’s Ugly. Fans of 90’s and 00’s Upstate, NY hardcore and metal ask Jay often about his band from as far away as Japan and Jay was cool and bought some LOA merch to send overseas to them and keep the conversation going about bands, influences and more. We are all family!

Highlights of the Life Of Agony set were many. “I Regret” from Ugly was in some ways the most unexpected but punishing song of the night, with Mina joking that fans should recreate a 20 year old circle pit from a Dog Eat Dog show LOA once played. In fact, the set had a great blend of tunes instead of just River Runs Red songs. I love that album , of course. It is THE album for dealing with suicidal thoughts, but the band are so much more than that. It was great to hear “The Day He Died” from Broken Valley as well as the epic “Bad Seed” and a singalong explosion of “Lost At 22”. An acoustic version of “My Mind Is Dangerous” with the line “that’s who I’ll always be” really hitting home, also added a cherry on top of a cathartic and adrenaline filled night. Everyone got their moneys worth and I smoked a ton of weed, lol. 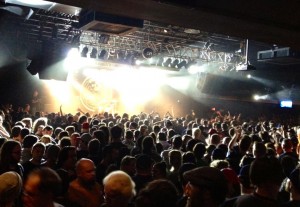 Mina owned the stage like a true rock star and had the crowd in the palm of her hand. The boys killed it and Alan Robert provided great back ups while Joey Z proved that even as a 4 piece the band can fill a room with intense guitar. “Other Side Of The River” was especially sludgy while “Underground” proved it was still the anthem for not giving up in this scene. Life is what we make it, believers.