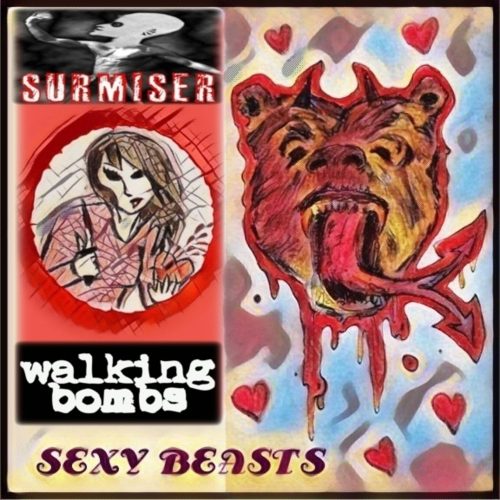 Upstate, NY grunge rock outfits Surmiser  and Walking Bombs have announced initial details regarding a 2 song split between the groups. Entitled Sexy Beasts, the split will feature a new recording of an older Surmiser song called “What End?”, which vocalist Jay Andersen says is ,“up tempo and has cool pumpy drums in it” and a brand new hard rock/indie punk Walking Bombs tune called “Queen E”.

“Imagine if the Breeders wrote a 2x as heavy but still very catchy song and that is the weird micro genre of my new tune,” says Bombs vocalist Morgan Y. Evans.

Expect the dual band release to see the light of ear before the end of the year online. Release date details to be announced soon.