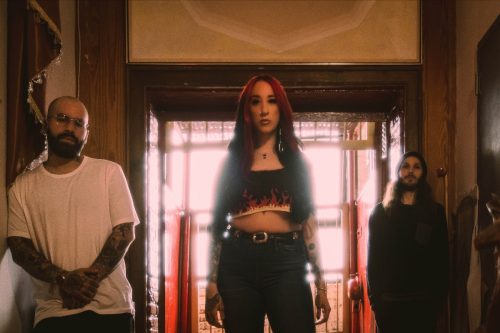 Very excited to hear recently that NYC extreme band THE MACHINIST, one of the most intense and propulsive acts in metal, have a new Prosthetic release coming out. The sophomore album is called All Is Not Well, a sentiment that certainly holds true in our toxic and uninformed society.

On their latest single, THE MACHINIST lambast racially motivated institutional police violence with no holds barred candour and scorn. PIG will receive a music video treatment in the near future, with more news in due course. All is Not Well is set for release via Prosthetic Records on July 8.

Speaking on PIG‘s release, Amanda Gjelaj (vocals) comments: “Writing PIG was very emotional. Lyrically, it’s in your face and gets straight to the point. We were in the middle of a global pandemic and in the middle of the Black Lives Matter movement, going to protests and seeing things I never thought I would have to see. This song is political but very real. We want our fans to feel and understand how serious these times are. With that being said, we are very excited to show everyone PIG.”