TODAY IS THE DAY release all thirteen albums to streaming platforms 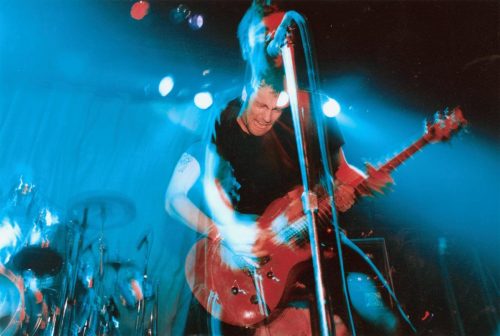 Steve Austin of Today Is The Day has released all 13 of the pioneering outsider band’s major recorded statements onto streaming platforms via SuperNova Records. All the way back to How To Win Friends And Influence People!

SuperNova Records was most prevalent in the late 1990s and early 2000s, releasing a wide array of independent underground rock and metal artists. The label has been ramped up over recent months and now emerges in full-time capacity, uniting TODAY IS THE DAY’s vast catalog under the artist’s control.

SuperNova now presents TODAY IS THE DAY’s LPs initially released through Amphetamine Reptile Records, Relapse Records, Blackmarket Activities, Southern Lord Recordings, The End Records, and BMG across all digital providers through the label’s deal with The Orchard/Sony, including the How To Win Friends And Influence People, Supernova, Willpower, Today Is The Day, Temple Of The Morning Star, In The Eyes of God, Live Till You Die, Sadness Will Prevail, Kiss The Pig, Axis Of Eden, Pain Is A Warning, Animal Mother, and No Good To Anyone LPs.
Austin has painstakingly organized and optimized all the original TODAY IS THE DAY music and art masters 100% true to their original release; a dedication in sound and art to bring the original experiences that were had throughout the years to both long time listeners and new fans. With only overall volume levels being adjusted through mastering to current modern times standards, the craftsmanship that made these groundbreaking releases what they were is being preserved, so that the listener can experience the vast catalog without any alteration or deviance from the original powerful music and message.

I always prefer artist friendly Bandcamp, so here is that link.

TODAY IS THE DAY will release a new album through SuperNova in 2022 as well, with many other new projects already in the works, including records from new label signings GRIDFAILURE and WOORMS, among others.

I have been listening to Pain Is A Warning throughout the day today and I marveled at how the TITD discography all works so seamlessly together regardless of what twists and turns the band took over the years (and what supporting characters were playing alongside Steve). The mellow “This Is You” is getting me through this sweltering Summer evening and putting me in a contemplative mode.

Hails to Steve. More consistent album to album than fucking Black Sabbath! (Speaking of which, the best ever cover of “Sabbath Bloody Sabbath” is still a secret closer track on Temple Of The Morning Star, fear not). Much respect for showing that year after year through blood, sweat and tears you can live a life for the underground.

More On: Extreme Metal, Release, Today Is The Day,
share on: