TOMBS release video for “Secrets Of The Black Sun” 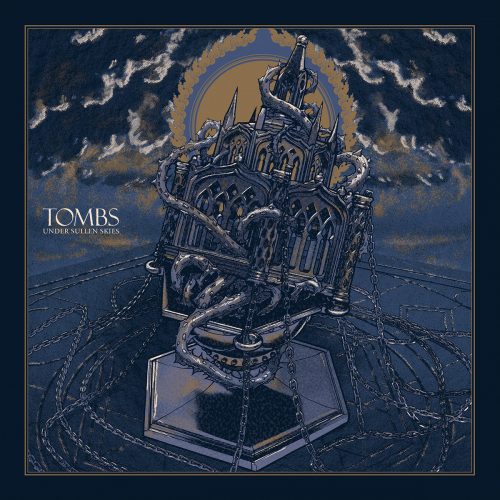 Often ferocious and always thought provoking blackened art metallers Tombs have premiered the latest video in the New York band’s arsenal. A standout and gloomy highlight from recent  guest-heavy triumph Under Sullen Skies, the track sort of floats in a no man’s land between DSBM and post-rock for an unnerving and thrilling listening experience. Add in guest vocal textures from the great musical medium Sera Timms (Ides Of Gemini, Lvxuri) paired with Mike Hill’s tortured musings and you have one hell of a ride.

It is enormous to hear the group not settle for taking the easy way out and releasing the same song every go ’round. It is one reason they remain one of the most important vanguard acts in modern extreme metal.

“Everyone contributes on this record and the door has always been open for others to do so. There has always been this misconception that I’m some sort of tyrant always telling people what to do and play. The fact of the matter is that most of the time I outwork people; that’s just the way I am. No one is ever going to outwork me on any level in any area of my life and I was always coming up with material. Now, I have these maniacs in the band who are equally motivated and there’s a whole new life injected into TOMBS. That’s awesome and I love it. These days we’ll try anything and we actually write stuff and throw it out because it’s not perfect. It’s more like a writing committee, which I really appreciate. It’s not just me writing everything. It’s a big difference from ‘The Grand Annihilation’ which was basically a solo record.” – Mike Hill.