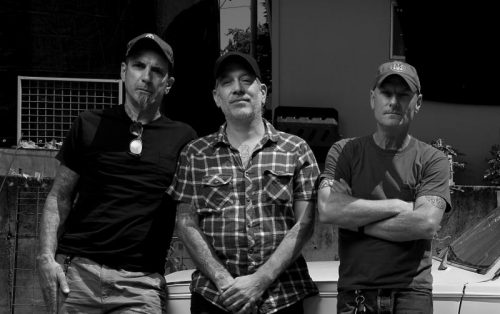 The first audio insight into the new Sterilize album from legendary noise rock group UNSANE arrives today with the premiere of “Aberration.”
According to the band, “‘Aberration’ is classic UNSANE, raw and direct, it only took a couple of takes to lock it down. It’s essentially a ditty about the swirling thoughts that go through your head after being screwed over. I’m sure anyone can appropriate or relate it to their personal experiences.”
Stream UNSANE’s “Aberration” HERE.
The track is taken from UNSANE‘s eighth studio album, and first for Southern Lord, Sterilize, set for release September 29th. UNSANE recently announced European tour dates in support of the album, taking place this October, and has just added a second hometown show at Brooklyn’s Saint Vitus Bar in November.
“Aberration” is now available at Spotify HERE, iTunes HERE, and Apple Music HERE,
Southern Lord will release UNSANE’s Sterilize on September 29th; find physical preorders and merch at Southern Lord’s web shop HERE.