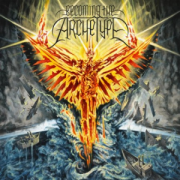 Becoming the Archetype is in the studio recording “Celestial Completion,” the highly anticipated follow-up to 2008′s “Dichotomy.” The band has issued their second studio update for the recording session, this time focusing on the guitar sections and even a little sitar action.

The album is slated for March 29th off of Solid State Records.