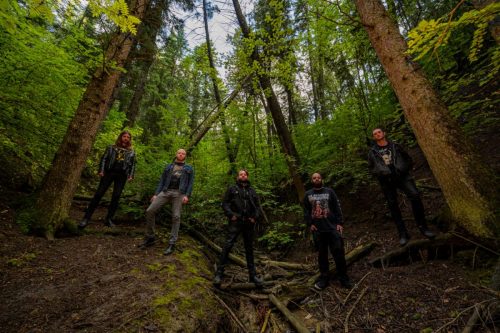 WAKE have signed officially to Metal Blade in what is certain to be an inspired collaboration. Devouring Ruin was a landmark moment and it is exciting to think of what type of full length will follow it up for the creatively insatiable Alberta band.

Since their formation in 2009, they’ve released numerous EPs and singles, plus five full-lengths – touring the world in support of it. Their upcoming sixth album is set to be recorded in July 2021 with producer Dave Otero (Cattle Decapitation, Archspire)].

WAKE comments: “All of us in WAKE have had a lot of regard both for Metal Blade and for the bands on its roster from any era. An endless stream of Metal Blade artists have been played in our van during any number of tours. For us, playing music has always been something that we’ve tried to do on our own terms and with our own vision. We’ve explored a lot of ground musically, and that was influenced by the history that Metal Blade was there to write. So, we’re very excited to say that we’ve joined up with Metal Blade. Expect a lot more noise from our camp in the near future.”