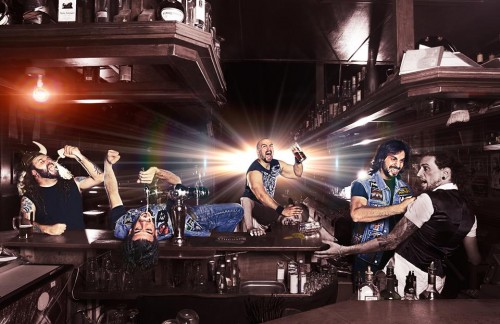 Here are select quotes from the chat.
A talk from the warzone…well,Hammercult have toured over 20 countries for over 150 shows.

Where do an Israeli band tour? Lebanon? Syria?
I don’t think they would welcome a metal-band… without decapitating them for being anti-religion.

When you are american or european band – you simply GET IN THE VAN, and get you cabs and amps in – don’t you?

But when you live in ashithole in the middle east – which airflight would agree to ship your cabs and amps? without BUTCHERING YOU WALLET ADN YOUR
GEAR?! No one.

Flights are not comfortable.
Flights takes a shit load of time – especially connection flights
ugh
And flights – THEY ALWAYS LOSE YOUR SHIT!

Man – there is no brotherhood like metal I tell you.

He also went on to say Evergreen Terrace were his niggaz and telling a cool story about hanging out with them in Belgium once.

Please send some love to Hammercult.