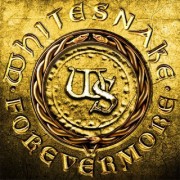 It’s been a quarter century since Tawny Kitean heaved and slithered herself all over the hoods of  cars in the video for “Here I Go Again” by then boyfriend, David Coverdale’s band, Whitesnake. While much has changed in the world since ’87, much remains the same if you happen to be David Coverdale (including his Rod Stewart-Tina Turner hairdo).

The heyday of hair metal has seen its share of strange incarnations as the declining music industry hit the reset button and interests turned towards the Gagas and Beibers of the world. 1980’s heavy metalers are more likely to turn up on reality television than on today’s charts, even despite the fact that some are still releasing great records.

Enter Whitesnake, the iconic sex-is-music-and-music-is-metal revelers of 1980s spandex glory days with their latest manifestation on Forevermore (Frontiers Records). Whether here to keep the fire burning, or letting off one last brilliant spark before the end, they are indeed back. (Read the rest of the review here.)

Like most bands who dare to span decades, lineups change as often as tour bus oil, and all counting, Forevermore marks Whitesnake version 16.0, which now includes ex-Foreigner drummer, Brian Tichy. Whether as a result of or despite the lineup change, Forevermore is a significant achievement for Coverdale and crew inasmuch as it seriously freaking rocks. It is a trip down memory lane, but with a brand new and seriously badass soundtrack to a history that no doubt is not nearly as amazing as its future.

Had now been perhaps, 1991, the album may not have been as important a release. Forevermore gains strength in its distance from Whitesnake’s glory days. It is everything we loved about the band then accompanied now by a maturation and wisdom that somehow seems to dictate their ascension over the last 3 decades. It’s a vortex of sorts—a classic case of the future predicting the past (which is indeed a real scientific phenomenon, I did not make it up). In other words, we loved them then because of what they would inevitably record now.

Forevermore opens with the gritty and infectious “Steal Your Heart Away” riffing guitars and a classic bluesy metal crooning from Coverdale. “All Out of Luck” is so incredibly good you might think you’ve heard it before. It’s got an early 80’s-era Kiss bass line, G ‘n R 90’s guitar work and pure vocal styling of Coverdale rocking. “Love Will Set You Free” rolls in next, and—Coverdale, please!—four words came immediately to mind: So Good It Hurts. “Easier Said Than Done” sounds surprisingly like Soundgarden—darlings of grunge, the 90’s metal-killers. But still, it is gorgeous, ballady and instantly classic.

The album continues to roll through must-haves like the heavy “Tell Me How”, the sexy “Love and Treat Me Right”, the reflective “Fare Thee Well” and the tight, “My Evil Ways.” Perhaps it’s a roadmap, an attempt at acclimating listeners on the journey towards the title track, but there’s nothing that can prepare you for it.  “Forevermore” is everything to be expected from a metal ballad, but even though we all know what that sounds like by now, there’s something in it that still makes your heart feel like it’s going to leap right out of your chest. You will want to burst out of your front door and take off running, hair blowing in the wind (like Coverdale’s in any video), running towards nothing in particular and everything that’s ever mattered. You want to give yourself to it—to something, just like the song demands “give me all your love.” Yes sir, Mr. Coverdale, here it is! Take it all! But please, just take us with you!