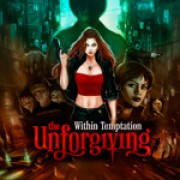 Check out part I of the track-by-track review here and the first video and short films here.[youtube]http://www.youtube.com/watch?v=DDUofG_m-do[/youtube]