New Music: S.O.S. debuts title track from upcoming EP “I Owe You Nothing”

Hardcore fans rejoice, as a new semi-supergroup has emerged in the form of S.O.S. The group’s first offering is entitled I Owe You Nothing and is an EP ready for release on June 21st via Good Fight Music. Here is what vocalist Scott Voegel said about the project:

“It took years to finally get everyone in the same room, but the result is cool. We did what we set out to do; make a fast and angry hardcore record with no gimmicks or nonsense, and just have fun doing it. It seems like today everything is so professional and serious and this was just friends from some of my favorite bands making some music together.”

The band’s membership is as follows:

Stream the new track on the band’s facebook and click here to check out the band’s “Intro” video! 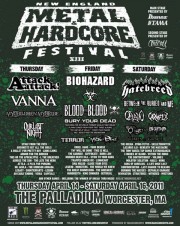