Ghoul heading out on Weapons of Mosh Destruction 3-D Tour 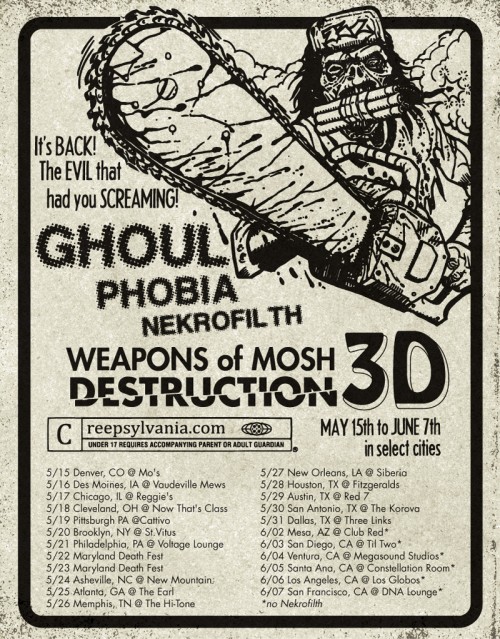 Oakland, California thrashers Ghoul are preparing to wreak havoc on all of the United States.

The tour started on May 15 in Colorado and lasts for 23 shows, ending on June 7 in San Francisco. The tour includes two dates at the Maryland Death Fest.

Ghoul will be joined on the road by Phobia and Nekrofilth.

Digestor had this to say of the tour:

“GHOUL is on our way to your wretched country to once again scour the baked on scum from the crock pot of civilization. Sadness? Misery? Brutal totalitarian oppression? You’re soaking in it! GHOUL is also happy to announce that we will be playing the one and only GWAR B-Q! We look forward to receiving abuse, sexual and otherwise, from our fiendishoverlords in GWAR, and sopping up their gore-soaked leavings in our palpitating jaws. Also, we will be playing some songs, time permitting.” 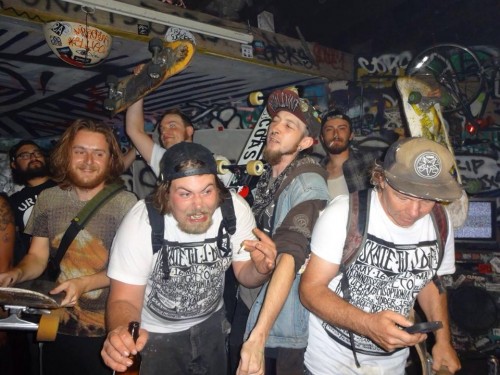