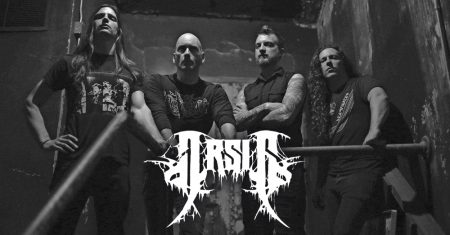 Virginia technical death metal band Arsis need your help in order to embark on their upcoming tour with Wintersun and Fleshgod Apocalypse. The band is offering a bunch of stuff ranging from $10.00 for a signed poster and a patch up to $1,000.00 covering a song of your choice.

You can give them money here.

Arsis will, hopefully, be embarking on a North American tour with Wintersun and Fleshgod Apocalypse  in support of their newest release Unwelcome. Unwelcome was released earlier this year via Nuclear Blast.

Virginia tech metal band Arsis have released the title track off of their upcoming album Unwelcome. Unwelcome is the bands fifth studio album and is set for release via Nuclear Blast on April 30th.

Founder, guitarist and vocalist James Malone stated the following:
“So, we’ve had ‘Unwelcome’ finished for quite some time now and we are happy to finally be able to share the finished product with everyone,”

“As a band/musician, it’s sometimes difficult to separate yourself from your work and visualize how others are going to interpret your work. In other words, it’s sometimes hard to know whether or not your ideas are relevant to anyone but yourself. With ‘Unwelcome’, we certainly put all of our everything into the writing and recording and stopped paying attention to what’s trendy or what we think might appeal to a larger audience. In doing so, I feel we have created one of the most sincere Arsis albums and perhaps one of the most relevant.” 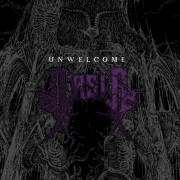 Arsis are set to release a new full length album called Unwelcome via Nuclear Blast in the near future. Unwelcome will be the bands fifth studio album and a follow up to the 2010 album Starve for the Devil.

Virginia technical death metallers Arsis are releasing a free EP called Lepers Caress today through Scion AV today.  The only bad part is that it’s not up yet and I have to go to my “real” job soon.  So, here’s links to two songs from the EP to start with.

Second is “Carve My Cross” streaming through Metalsucks.com.

You can click here to link to Scion AV, but again we’re not sure when they will put the EP up today.

Arsis are set to release a new full length album called Unwelcome via Nuclear Blast in the near future.  We’ll be sure to let you know as soon as we find out a date.

Last month Soulfly drummer David Kinkade announced he was quitting the band and retiring from music for personal reasons.  Well, now he’s selling off all of  his equipment because he won’t be needing it anymore. He’s got some pretty sweet gear, so if that’s the kind of thing you’re into you can click here to find a statement he released detailing it and including contact info.

Kinkade has also played with bands such as Borknagar, Arsis, and Malevolent Creation.

Technical death metal band Arsis have announced their new guitarist. You can read their statement below.

Virginia-based melodic tech-death metal masters Arsis, are pleased to officially announce Brandon Ellis as their new guitarist. Brandon has toured with the band in the past but will finally make his recording debut with Arsis’ upcoming full-length release. Brandon replaces guitarist Nick Cordle who was recently tapped to replace Christopher Amott in Swedish supergroup, Arch Enemy.

“I am super happy to say that Brandon Ellis has recently become the new lead guitarist for Arsis,” commented vocalist/guitarist Jim Malone. “Not only is he one of the best musicians that I have been able to work with, but he shares my passion for all things that are 80’s metal, including ridiculously tacky paint jobs on guitars. I am beyond excited about writing new material with Brandon. Until then, listen for his shredilicious leads on the upcoming Arsis full length. Come check him out live with Arsis this December!”

“Initially when Nick joined Arch Enemy, we all thought we could make it work with him having the time for both bands,” continued bassist Noah Martin. “Things unfortunately overlapped and we weren’t able to work on the new album with him. We appreciate everything he’s done for Arsis. We’ll miss our friend greatly and do wish him all the best. Both Nick and Ryan Knight (The Black Dahlia Murder), contributed ridiculous leads for the album.

Brandon’s solos on this full-length are both crushing and particularly creative. His presence, along with Shawn’s (Priest – drums), were integral to the tone of this album. We’re in the post-production stage, now that the masters were just finished. In the meantime, come have beers with us on the Sonata Arctica run!”

Virginia death metal band Arsis have posted the following official press release announcing that they have begun recording a new album. Although the band seems to be plagued with constant line up changes they have repeatedly put out some amazing death metal and the new album should be no exception. The as of yet untitled album is slated for a Fall 2012 release via Nuclear Blast.

Drummer from Arsis has revealed he is leaving the band

Mike Van Dyne, the drummer and one of the founding members of the Virginia technical metal band Arsis, has sadly announced his departure from the band. This is a band who has been through multiple line up changes over the years and this isn’t the first time Van Dyne has left either, so it’s doubtful many people are surprised.

Arsis was reportedly working on a late 2012 or early 2013 follow up to 2010’s Nuclear Blast release called Starve For The Dead. Only time will tell how Van Dyne’s decision will influence that.

As many of you probably know, Virginian technical death metal act Arsis recently had their guitarist Nick Cordle join Arch Enemy after the departure of Christopher Amott.  Don’t worry though because he didn’t leave Arsis and it’s not stopping the band from recording.

Arsis has just released a pre-production version of a song they have recorded for a yet unnamed late 2012 or early 2013 release.  The song can be found streaming here.

This will be the follow up to 2010’s Nuclear Blast release Starve for the Devil.