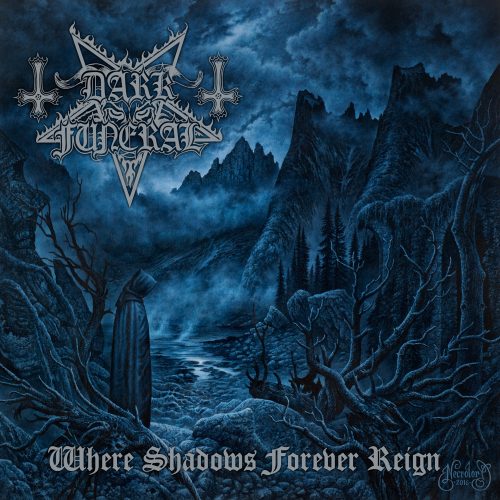 Swedish black metal masters, DARK FUNERAL, have just announced that they are parting ways with their drummer Nils “Dominator” Fjellstroem.

Lord Ahriman comments: “We must sadly inform you that we have agreed to let Nils ‘Dominator’ Fjellstroem take a much needed timeout from the band to handle personal matters. We of course wish him the best!

Yet the world keeps turning and so DARK FUNERAL will stride on. We have hired an extremely talented drummer that will fill in Nils’ position until further notice.

All scheduled shows and tours will take place as planned! Stay tuned for further announcements!

2018 will be an epic year as we have two celebrations to make, our classic album “Vobiscum Satanas” turns 20 years old and DARK FUNERAL celebrate 25 years as a band. More news to follow, stay tuned!”

Dark Funeral release “Nail Them To The Cross” video 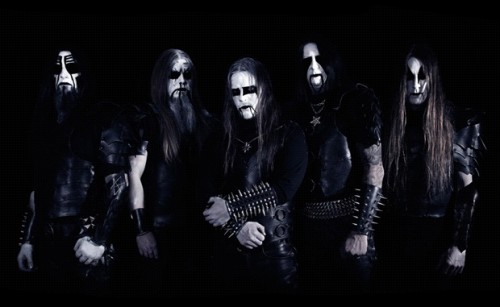 Swedish black metal stalwarts Dark Funeral are at it again.

After signing with Century Media Records in 2012 and rounding out their line-up, these Swedes are preparing to re-conquer the world.

Check out the video for “Nail Them To The Cross” and Dark Funeral tour dates here.

Swedish black metallers, Dark Funeral, have signed a worldwide deal with Century Media for their next three albums. Guitarist Lord Ahriman has stated:

“Our bad luck with labels in the past has for sure been very frustrating. So it is with great pleasure to finally be able to turn the page, move on and start a new dark chapter in the Dark Funeral saga, as we join the great Century Media family. Century Media has more than enough proven to be a stable and highly professional label. And we are totally looking forward to this new cooperation, which I’m sure will prove to be very satisfying and successful for both parts. Hail the goat!”

“I always respected Dark Funeral for their endurance and integrity. They’ve gone through some hard times, but never gave up and also never gave in to compromise on their musical and aesthetic vision. Almost 20 years after their formation it’s still the same powerhouse of unmerciful black metal and the new line-up is stronger and more focused than in the past. Thanks to Lord Ahriman and the whole band! Looking forward to their 20th anniversary in 2013 with a new album In The Sign Of The Horns!” 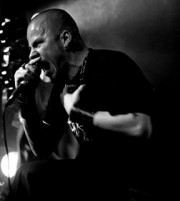 Black Metal masters Dark Funeral were shaken to their core when longtime vocalist Emperor Magus Caligula left the band last year, but after an intense search, the band is happy to announce his replacement: 30-year old Nachtgarm.

Guitarist Lord Ahriman had this to say about the addition:

“I think I can speak for everyone in the band and say that besides completely knocking us down with the strength of his vocals and wide register, what truly blew us away was his presence, energy and the amazing spirit he showed during the final audition. He just came into the rehearsal room, found and took his rightful spot. And then just set the whole place on hellfire! It’s really hard to explain ‘that’ certain feeling one is looking for, but once you get it, you just know that you’ve found the right man for the job. And that is something we all got ‘deluxe.’ No doubt about that! Mankind has no idea what is coming upon them. And I can’t wait to bring this maniac on tour for the world to experience Dark Funeral in the most intense and hellish way ever!

States Nachtgarm: “To me, Dark Funeral is the epitome of black metal. To be a member of this institution now, is not only a big honor for me, but is also complementing my work as a lead singer as well as my action at the front of the stage throughout the years. Consequently, I am very glad that Dark Funeral put their unholy faith in me and my abilities. As the successor of Emperor Magus Caligula, I am quite aware of the high expectations being directed to my person. However, I can assure every one of you out there, that with every breath I take I will live up to these expectations. Hands down. This is the arrival of Satan’s Empire. Now let us set this world aflame!”

“After a short break of focusing on other aspects of my life, it’s a great privilege for me to announce my return to Dark Funeral. The time off has fueled my inspiration and urge to get back behind the kit and annihilate. It’s an honour to play alongside my fellow brothers again. May Dark Funeral rise to Dominate once more.” 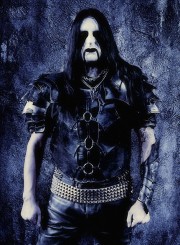 Not long ago, Dark Funeral vocalist Emperor Magus Caligula announced that he had decided to leave the band. Caligula’s last night to perform with the band was at the Summer Breeze Festival in Germany on August 21st. The band has uploaded some fan-filmed footage of the event. 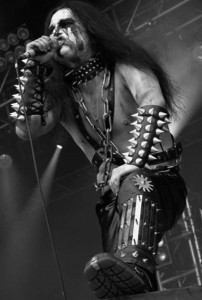