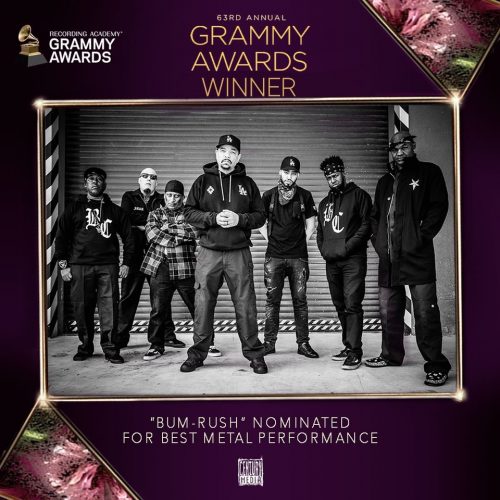 Notorious West Coast rap metal crossover band BODY COUNT (at one point the most controversial act in music) have finally been recognized for their achievements in trolling cops, uniting Slayer appreciation with hardcore rap and scaring the crap out of parents everywhere. Actually, the rallying cry song “Bum-Rush” that Ice-T, Ernie C. and the boys won for is even more nuanced and talks about wealth accumulation by people that want to bring all the lower class people down (a theme that was also a big part of “No Lives Matter”).

As someone who wears a Body Count hat pretty often and who had Ice’s Rolling Stone cover where he was a cop on my wall as a kid, this is rad to see. The band paid respect to Riley and Power Trip who were also nominated, but in the end Body Count got the award and also won out over Code Orange, Poppy and In This Moment.

It was cool to see Fiona Apple win despite saying she would smash her Grammy’s with a sledgehammer and of course this Body Count win as well. Both actually stand for what they believe in and aren’t performative like Phoebe Bridgers (who I am very glad lost all her nominations as she acts woke but is on a very problematic label conglomerate Secretly Group and seemingly ignores it for personal industry access as well as how she has blocked survivors who critique her label and how her BFF Haley from Sloppy Jane threatened Globelamp for outing a Burger Records producer for sexual harassment). The Academy also nominated some wack “Tyson Trax” aka Dr Luke bullshit this year in a huge slap in the face for Ke$ha, who they pretended to care about a few years ago.

Yes, I know Body Count are not exactly a feminist band – but they certainly are way more authentic than some of the other artists up there. “Black Hoodie” should’ve won in the past, so this is another example of the Grammy’s playing catch up. Shit, “There Goes The Neighborhood” is one of the ballsiest and most iconic songs ever! Can we get a retroactive Grammy for that shit as well?!! It is still very cool to see. Pick up Carnivore today. Along with the powerful Lil Baby performance, this was a step in the right direction.

A Very Special shout out to all the BC Fans Worldwide. For over 30yrs you’ve stayed loyal. Celebrate with us Tonight! Thanks for the love and continued support. ‘Keep It Hardcore’ 4Life 🤘🏽 pic.twitter.com/gLkuVenLqp 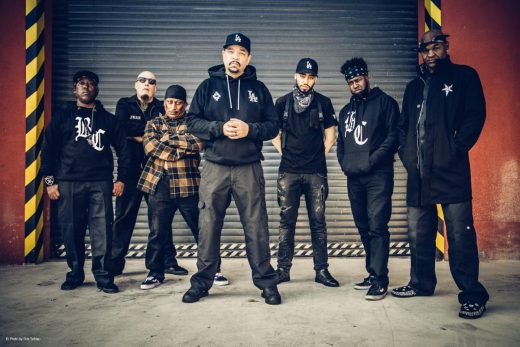 Just gonna leave this here. Y’all know what muthafuckin’ time it is.

Body Count release “This Is Why We Ride” video 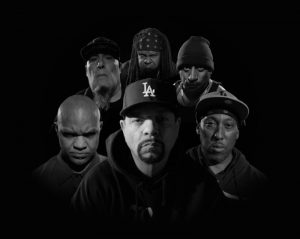 Los Angeles-based Thrash Metal icons BODY COUNT have released a new music video for their track “This Is Why We Ride”, which is featured on the band’s 2017 full-length, Bloodlust. Fans can view the new video, which was directed by Treach (Naughty By Nature) at this location. 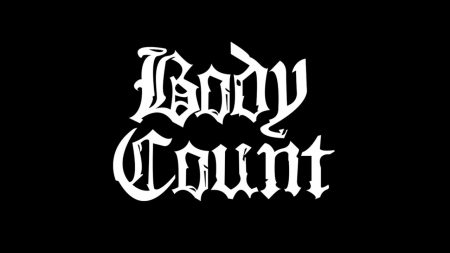 Body Count have a new video, perhaps their goriest ever. “Here I Go Again” will likely offend many but I for one found it to be hysterical and entertaining. Obviously Ice-T chopping up grandmas is way over the top and not meant to be taken seriously. The slow creepy voice narration from homie is also a lot of fun. You can see Ice hamming it up being both overly menacing and also making freaked out faces throughout as things get bloodier and bloodier.

In addition to the new video for “Here I Go Again”, BODY COUNT will be making their long awaited return to the stage in North America next month. The band will play their first show in the states since releasing Bloodlust on July 15th at the Chicago Open Air festival taking place at Toyota Park in Bridgeview, IL. 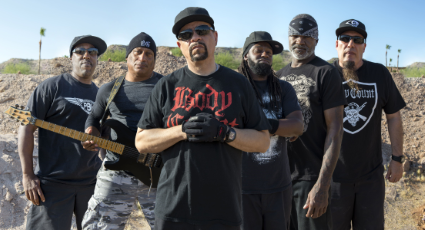 Body Count are not our latest band spotlight because you don’t know who they are. Hell, they are infamous! How many rock bands still scare crusty old white people in 2017? Powerflo and Prophets Of Rage are helping bring actually good rap metal back, but Body Count hit the biggest grand slam of late with Bloodlust. The thrash act have been around since “Cop Killer” was the most controversial song in the world, but recently soared back to prominence in the metal scene with topical songs capturing current headlines. “Civil War”, “No Lives Matter” and the new album’s strongest cut “Black Hoodie” – paired with cameos from Dave Mustaine, Max Cavalera and Randy Blythe plus charismatic spoken intros from Ice-T – have secured the band respect well beyond a novelty status they never deserved. Bloodlust has been out a few months now and remains in heavy rotation for many of us. 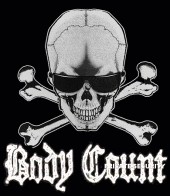 I have always loved Ice T since I was a youngin’. Dude just always cracked me up and had great songs. “Watch The Ice Break” is still one of my favorite jams of his and shit, that cover of him on Rolling Stone dressed as a cop back in the day truly scared the piss out of people, so you gotta respect that.

People give him shit for playing a cop on TV? Whatever. Dude wasn’t saying kill all cops on cop killer, just the fuckin’ pigs, man! We all know a couple good cops, right? C’mon…

Anyway, the new Body Count video for “Talk Shit, Get Shot” is pretty fucking amazing. There are some very memorable scenes and lyrics. “Body Count is back, #whothefuckcares” and “all we listen to in these streets is drake, drake, drake”. LMAO. Plus, only Ice T can get away with saying “you were speakin’ now your leakin’ w your bitch ass” and make it poetic. Break North, bitches…that would be your best route.

Anyway, I am not forgetting that gun violence is a major problem in the USA, but this is still hysterical and a good time. 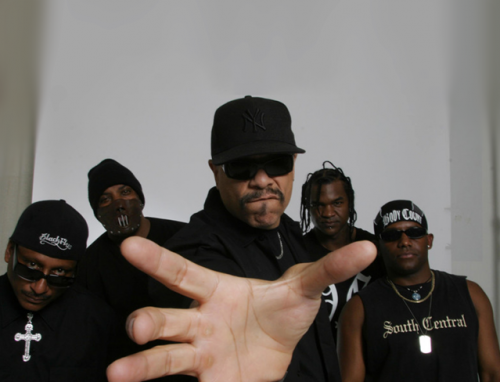 Body Count, the heavy metal band fronted by rapper Ice-T and known for it’s controversial classic “Cop Killer” have announced the signing of a deal with Sumerian Records.  They plan to enter the studio in January to record an album to be released sometime in 2013.

Body Count fans: Body Count is signing a new record deal and will start production of new LP in January! Get a vest…