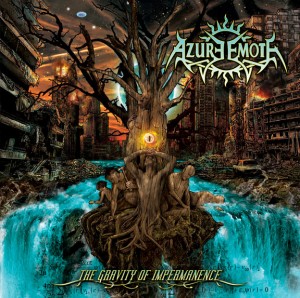 Avant-garde death metal supergroup Azure Emote — lead by Mike Hrubovcak of Monstrosity and Vile, and executed using musicians from Death, Fear Factory, Monstrosity, and more — today announced the completion of their second studio album, The Gravity Of Impermanence. It will be released worldwide through Selfmadegod Records on April 3rd, 2013.

Check out the track listing and the first single from the album, “Puppet Deities,” after the break.