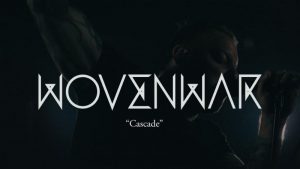 Wovenwar hit the road through October with Atreyu, then Sevendust

WOVENWAR return to the road this evening with Atreyu. The band’s month-long trek, which includes support from Unearth and Beartooth on select dates, will run from September 18th through October 18th. From there, WOVENWAR will join Sevendust for three special shows in the Midwest on October 21st, 22nd and 23rd. See the complete list of dates below. 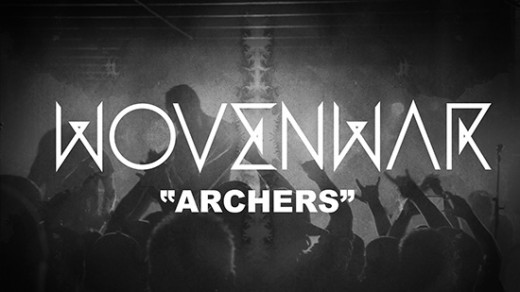 Wovenwar continue to grow and impress. The band are more melodic than some can handle but I personally love it. The group are not afraid to incorporate their metalcore and emo emo roots but have pushed their corners, becoming more epic in the process. Skywriting vocals match the energetic and quite metal influenced leads and intricate lines, maximum energy on both songwriting and give and take with the fans.

Nick Hipa adds: “Our video for “Archers” is cut from live footagefilmed by Josh Knofffrom our recent hometown show at Brick by Brick. The lyrics heavily reference specific themes and songs from Shane’s previous band (Oh, Sleeper) as a sentimental nod to how that chapter in his life was unforgettably formidable. With that in mind, it felt appropriate to create a visual edit captured from our venue in a room filled with quite a bit of family and friends… it kinda just completes the whole vibe as positively nostalgic.”

This is the kind of band who you would love to see live or in a perfect world share a stage with. There is a kinetic excitement in what they are doing and I had to finally show their album to my current guitarist in my band GET OUT. the other day, a big As I Lay Dying fan who is still adjusting (“Dude, it’s awesome. Promise.”). Wovenwar might be different but they are forging a new legacy with sharpened tools from their experiences. “Archers” is great evidence. 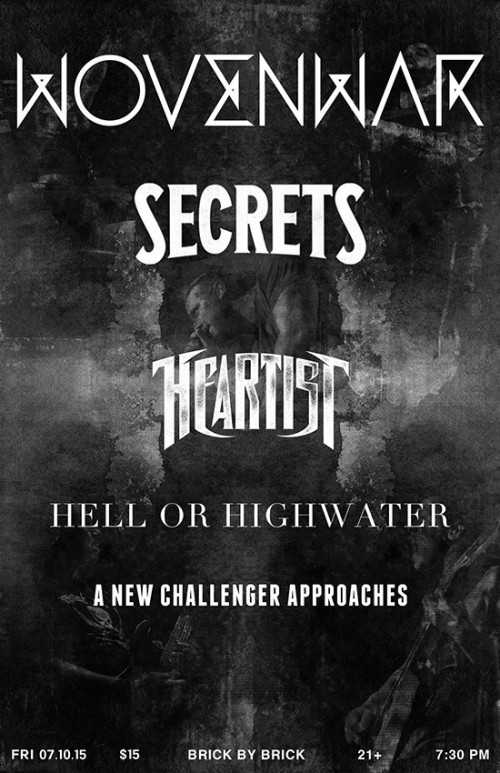 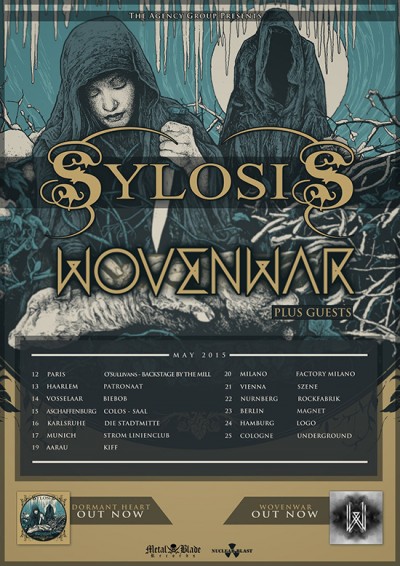 WOVENWAR are excited to return to Europe in May for a club tour as direct support to SYLOSIS! Tickets and dates are listed now on wovenwar.com/tour.

Comments the band: “If we lads in Wovenwar had a pence for every great show memory experienced in the Europe, our trousers’d be loaded with one or two quid… each. Off our trolleys in enthused anticipation of our upcoming tour, we look forward to performing many more wonderful moments with you lot. Cheers!”

I was just talking to a dude in the crowd at Yob/Enslaved in NYC who had a Sylosis t-shirt about how unbelievably good their latest Dormant Heart is (especially that end riff of “Leech”). Wovenwar, of course, are the As I Lay Dying guys moving forward with Shane Blay on vocals post-Lambesis family tragedy. Their debut was one of 2014’s most inspired records in the face of tremendous pressure and I have the utmost respect for the guys. I’m a big fan and you should be too! 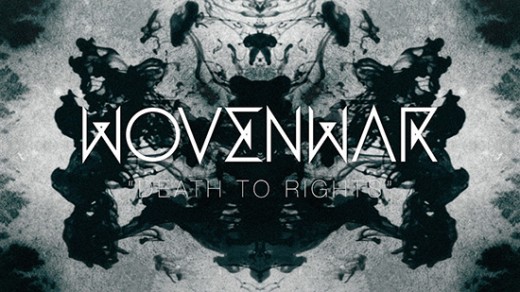 Your friends and mine, WOVENWAR are extremely excited to partner with Loudwire to exclusively debut their new music video for the track “Death to Rights“. The clip was directed by Josh Klein and Nick Hipa. Check it out now directly at Loudwire.com HERE.

I’m a huge fan of this band and thrilled they are touring with Periphery. If you get a chance see one of those dates. Going to be some very memorable shows. Jordan Mancino’s drumming on “Death To Rights” in particular should please nearly any era As I Lay Dying fan.

Phil Sgrosso (guitars) states: “Here is our new music video for our song, ‘Death To Rights’. The clip is mainly performance based and incorporates manipulated imagery relating to our album art. We are stoked to share it with you all. See you soon.“ 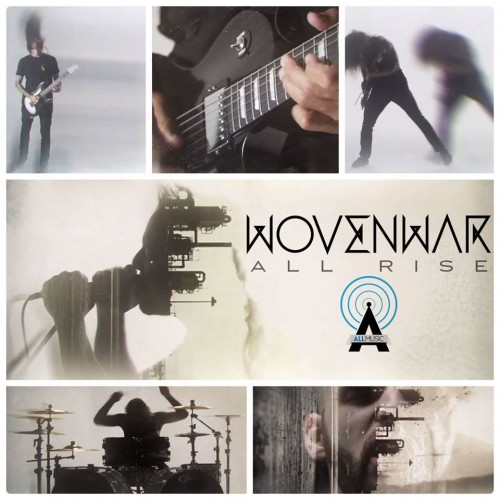 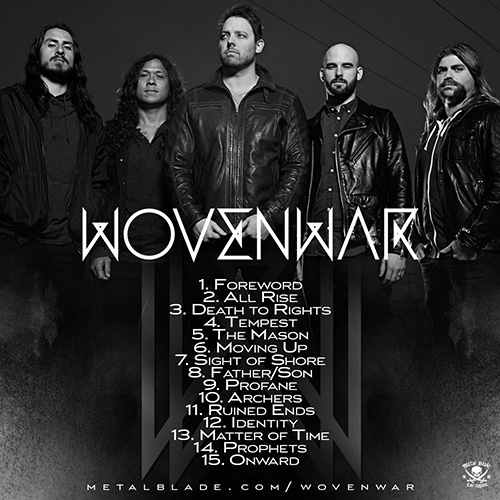 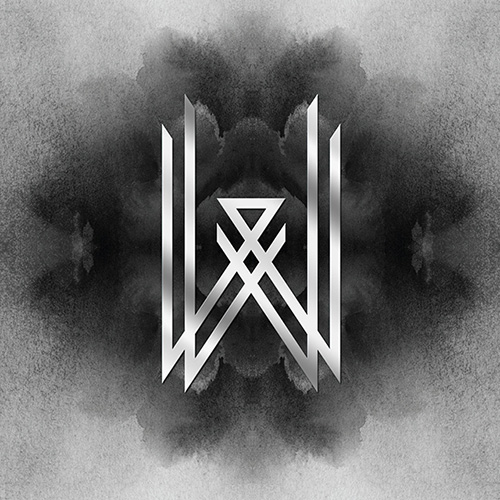 Wovenwar has officially announced August 5th as the release date for their self-titled debut album in North America! The album will be released August 4th in UK/Europe and August 1st in the European G/A/S territories. Fans can stream a new song, “The Mason,” as well as pre-order the album now at metalblade.com/wovenwar. Pre-order bundles include options to order a t-shirt, girls’ tee, or a tank top with a CD. Digital pre-orders are available, along with a limited quantity of vinyl imported from Europe!

Wovenwar documented the recording process of their self-titled debut, due out later this summer. Guitarist Nick Hipa shot and edited the series, as well as the singles and teasers streaming at wovenwar.com. Guitar, bass, and drum studio videos can be seen now at youtube.com/WOVENWAR.

Wovenwar will embark on their first ever US tour in July and August with Black Label Society and Kyng! Tickets are on sale now. Check out the full list of dates below, and at wovenwar.com/tour. 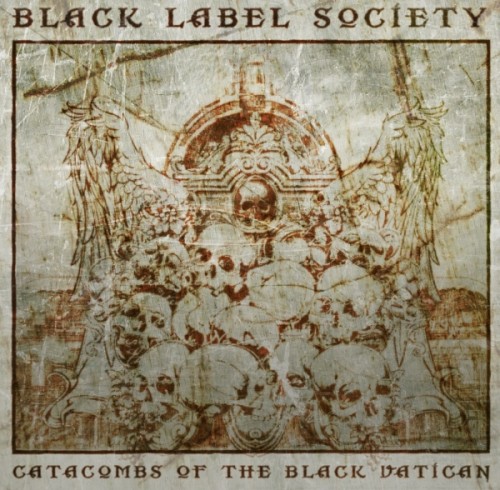 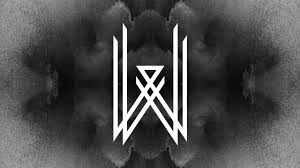