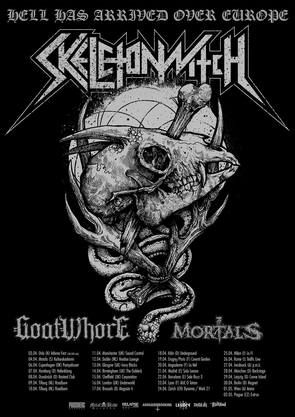 This upcoming European Skeletonwitch jaunt gets a huge Metal Riot/The Golden Child bloody oatmeal bowl of approval. Serpents Unleashed had “Unending, Ever Living” on it which was just about the most epic song Skeletonwitch have ever released. Goatwhore‘s last record got a 5 star review on this site. I’ve been rocking a lot of Mortals recently as well in my down time when not writing about music. It is a band I’ve returned to for enjoyment and my time is limited, if that tells you anything.

Other great news is Skeletonwitch are expecting. A little baby skeletonwitch with a bone rattle? No they are EXPECTING a new record to be released later this year if all goes well. Guitarist Scott Hedrick commented, “After we return from melting faces in Europe, our entire focus will be on writing a new album. We have a mountain of riffs and ideas that will be carved into epic tunes. Excited to get started!”

Tour dates HERE. I’d totes skip the pond to follow this tour if I could afford it. 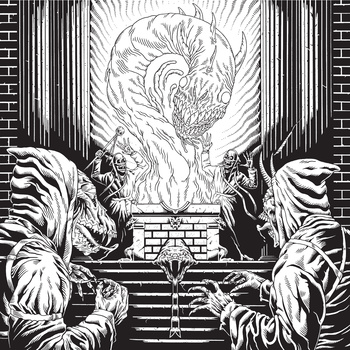