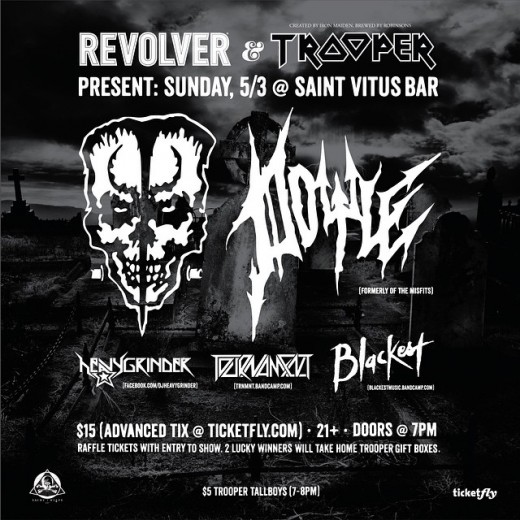 While beer is always a sponsor at Saint Vitus, tonight was brought to you by Trooper, Iron Maiden’s English ale. Revolver Magazine also took part in this party, which explains the all the magazines that were being repurposed as coasters. Headlining the night’s performances was Doyle, which features, as you could have figured out, guitarist Doyle Wolfgang Von Frankenstein of The Misfits fame. Direct support tour long was Heavygrinder, who stepped out of her normal industrial/ EDM touring ilk, onto a tour with actual fucking metal musicians. She tells me “Touring with metal bands is what I’ve been aiming for.” Local support Tournament fully embraced the “Drunker than everybody else” motto of Vitus. Goddamn they were loud and loaded. and a perfect start to the night.

Click here for the review and pictures of the show.