Wolfheart’s Tuomas Saukkonen on “Shadow World” and the metal quest 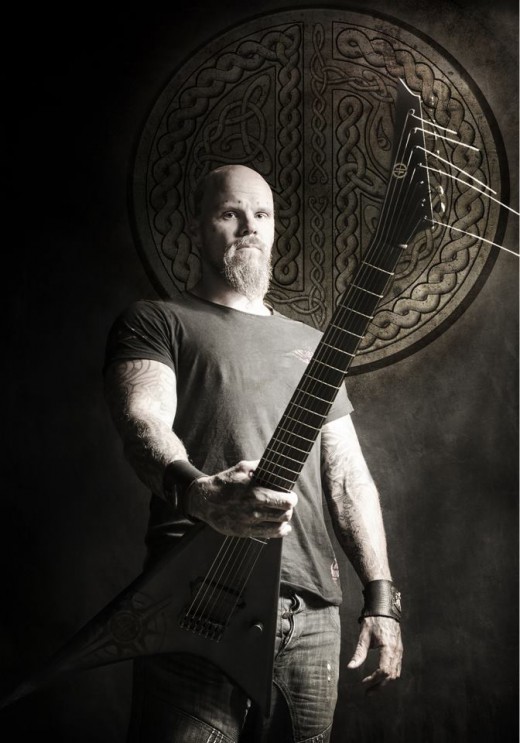 I spend a lot of time being grumpy at the state of the world and listening to Slayer or Run The Jewels, smoking joints. I especially like the “I’ll tea bag a piranha tank” lyric from RJT2, as it inspires me to bravely go make coffee and face what the day brings. In a world of crime, racism, poverty and where even Bernie Sanders voted yes on the Cyber Security Act that lets whistleblowers get shut down, I know I can at least rely on a handful of artists to create powerful works that will stand the test of time until the world blows up. I want to be optimistic and do indeed preach love and tolerance each day, except when trolled too hard by emo fans.

Finland’s Wolfheart are a band who I can proudly point at and say they will undoubtedly be reliable as heck. Tuomas Saukkonen’s track record as well as the sheer scope of the band’s new record Shadow World are as inspiring as discovering some of the greats like Primordial or Soilwork, bands who have soldiered on year after year. I truly hope all metalheads can embrace Wolfheart’s cause and dare say few will not be moved by the intensity and range of dynamics from guttural screams to pummeling heavy melodeath or piano to stir the soul. It might not win the 2015 weird and spooky award like Locrian or be reinventing the wheel, but Wolfheart have a lot to be proud of.

In a world where time seems scarce and we don’t want ours wasted, metal can trust in this band.

Enter the shadow world BELOW.