Search Results for "Act Of Defiance"

Act Of Defiance announce next album 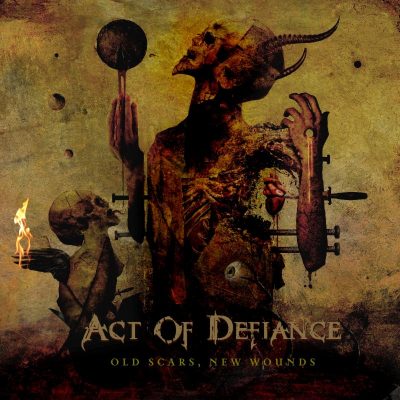 With their 2015 debut, Birth And The Burial, metal band Act of Defiance – featuring Chris Broderick on guitar, Henry Derek on vocals, Shawn Drover on drums and Matt Bachand on bass – delivered a blast of pure and unadulterated metal that ignored fads and hit home hard. This year, the band returns with their sinister new album, entitled Old Scars, New Wounds, hitting retailers on September 29th via Metal Blade Records.

Today, you can watch a full performance video for the album’s intro track, “M.I.A.”, via http://www.metalblade.com/actofdefiance. The video was put together by Robert Graves (http://www.ashadowbeyond.com/). 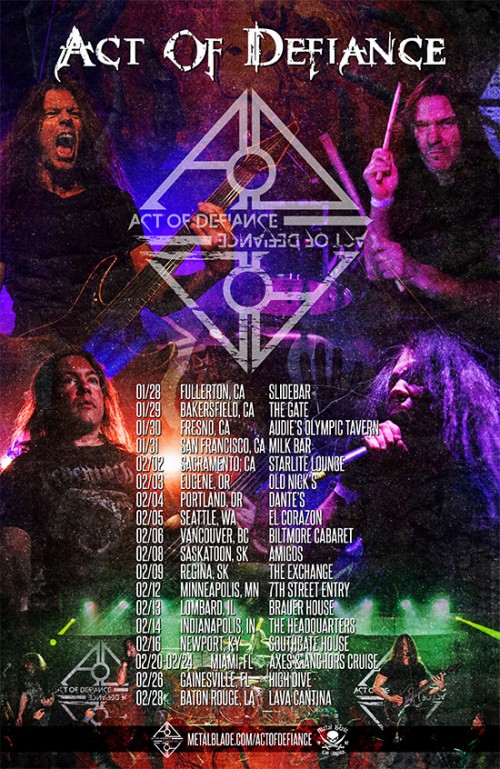 After recently completing a North American tour with label-mates Allegaeon, plus some shows with Killswitch Engage right before the new year, Act of Defiance is ready to get back on the road again, for another headlining trek!

Shawn Drover (drums) comments: “After just getting home from a great co-headlining tour with our good friends in Allegaeon, we are super stoked to get right back on the road for round 2, with our 2016 North American tour!!!! There were lots of cities that we were unable to play on our first go around, so this time we wanted to hit as many places as we can to keep promoting ‘Birth And The Burial’ shortly after the holiday season. We really want to tour as much as possible for this record and bring 100% true HEAVY METAL to as many people as possible. See you on the road!!!!”

Following this tour, Act of Defiance will join Hatebreed in June for 7 special shows. See below for all upcoming dates! 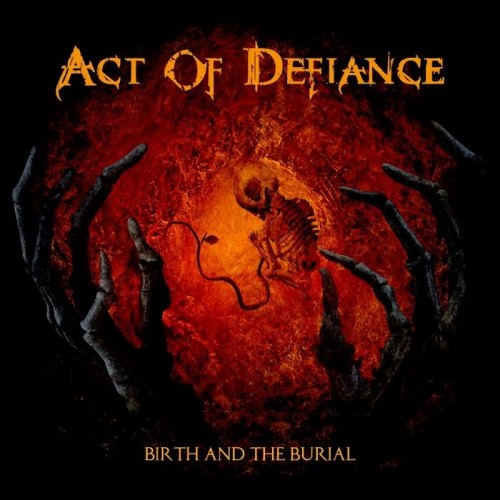