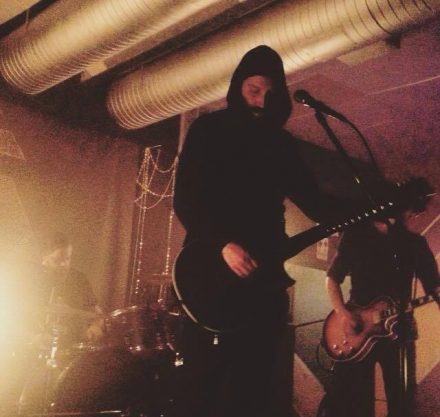 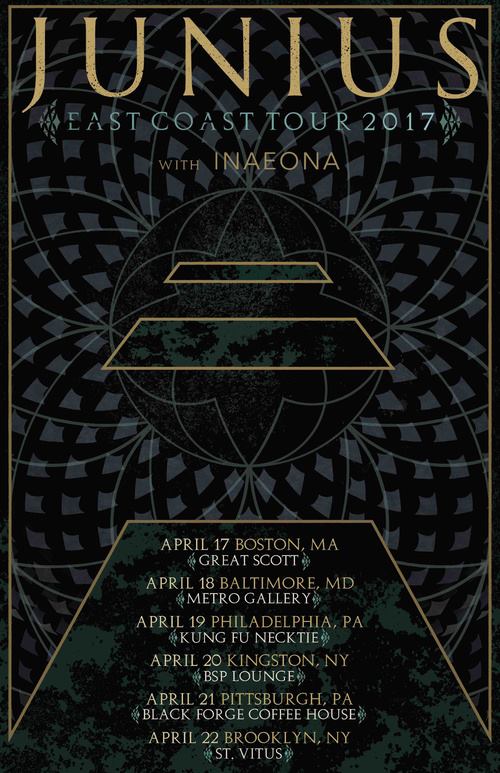 An inspired East Cost short run pairing between the melodic and yet massive styles of Junius and InAeona is just what the doctor ordered to start Spring with a kick to the crotch. Junius are supporting an excellent new record Eternal Rituals for the Accretion of Light and InAeona are between releases but keeping the juices flowing as they contemplate what new material will follow the brilliant catharsis of Force Rise The Sun (which was on our 2015 top 5 year end list, fyi). My friend Michael Guthaus’s driving and chaotic band Clover open the Kingston show. 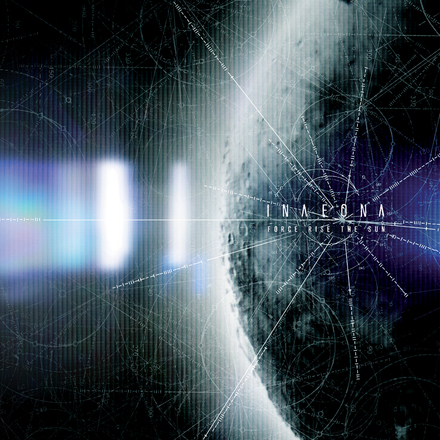 One of our favorite releases of last year was 2015’s Force Rise The Sun from melodic power rockers INAEONA. The band features the knife sharp roar of guitarist and frontwoman Bridge , bassist Dave and the pounding drums of James (all seasoned scenesters). This band is poised for bigger and better tomorrows if they keep up this grind. We love them! 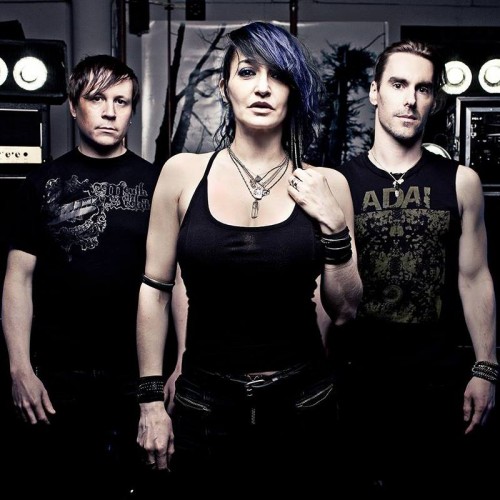 Last night writing the delightfully awesome Bridge Laviazar of Prosthetic’s 2015 standout act InAeona, things were going well until she threatened to kill me if I listed her band as “Goth Metal.”

I was telling her how I wish we had a post-metal category on the drop down menu of this site and was trying to figure out what to categorize her band’s amazing, spacious and heavy, outer space meets a little bit industrial racket. We were going through the categories you can choose from on this site and none seemed to really fit.

“If you put us as Goth Metal I will find you and kill you,” she…joked? I told her there were worse fates than sitting in a coffee shop somewhere and having a blue haired amazon run in and decapitate me. In fact, my friends would think it was pretty fitting and probably just shrug. We finally settled on “no genre”.

However you choose to describe the East Coast trio, which also includes James Dunham and Dave Soucy, they have a massive and awesome sound. Force Rise The Sun is one of the years best records. I wont say where it sits on my year end list yet because the end of the year is still a few weeks away, but let’s just say it is absolutely in the top 5 albums of 2015 for me.

Read my chat with Bridge BELOW.