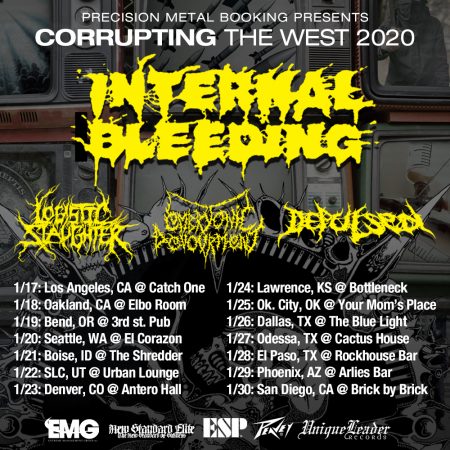 Internal Bleeding has a busy 2020 scheduled, and it kicks off with the first of many tours they will be doing during the year. This two week headlining tour will see the band traveling from California to Texas and back, and hitting many stops along the way. “We’re really excited to get out and see our West Coast fans,” remarked guitarist Chris McCarthy, “They are some of the best in the world.”

The band will be supported by a solid lineup of west coast bands including Logistic Slaughter, Embryonic Devourment and Depulsed. Dates are below. 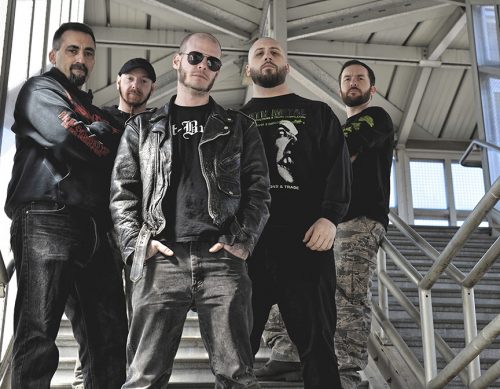