Interview: Monster Magnet – Get Your Ass To Mars 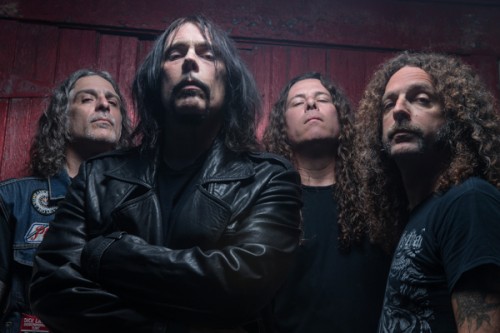 If people keep paying attention to music the way they do now, there aint gonna be any good music. Cuz they don’t deserve it and the artists aint gonna make it… Grown men going to Avenged Sevenfold concerts. Are you fucking kidding me? -Dave Wyndorf

On the 15th day of the voyage, seabirds began to circle overhead and some of the older men swore they could smell land. Fergus felt a little wrench, for he knew that miles over the horizon to the port was Cape St. Vincent and the waters where Captain Burbage had died and the ATHENA had received her brutal pounding at the hands of the Spanish. Damn, it was little more than a year ago, but it felt like a lifetime to him. He smiled ruefully and asked himself if his fortunes had indeed improved in that time. – from “Captain Kilburnie” by William P. Mack

Space Freak rock overlords Monster Magnet return with new/now odyssey The Last Patrol (Napalm Records), the second near perfect record this year to feature the word “Last” (The other is Cathedral’s The Last Spire). NJ Native Dave Wyndorf drops in from Mt. Riff’o’ lympus to detail the 60’s psych throwback future 70’s sounds of the latest Magnet voyage, their first U.S. tour in some time (with witch/pitch-perfect blues shamans Royal Thunder) and  other topics like real rock n’ roll, how to track in the modern age, Dr. Strange, rock star vs. indie nerd lifestyles, selfies, Tori Amos and much more.

Monster Magnet to release their 8th album, Mastermind, this October on Napalm Records

New Jersey stoner rock veterans Monster Magnet have announced the release of their 8th studio album, “Mastermind”, scheduled for October on Napalm Records.  The band signed with Napalm Records in November, 2009.  This will be their first release on that label.

Monster Magnet‘s last studio album was “4-Way Diablo” which was released in 2007.

To see what the band has to say about the album and for a full track listing click here.