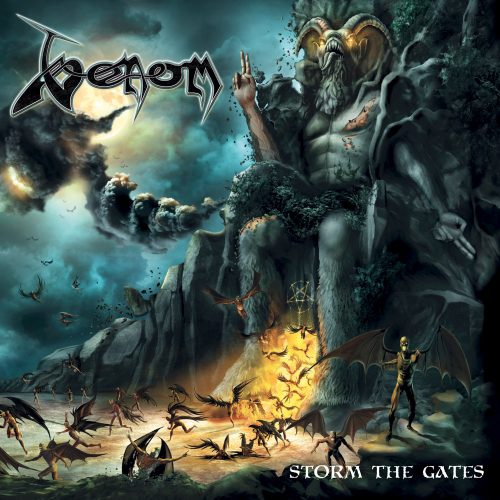 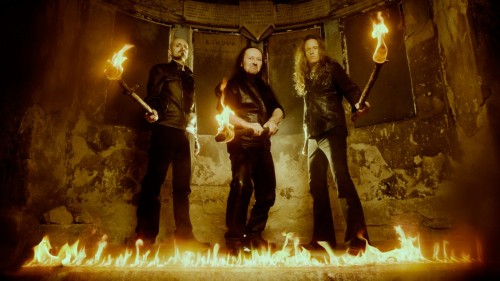 Regarding the new album and the style of the songs, bassist/vocalist Conrad “Cronos” Land had this to say, “The new tracks are tremendous. Basically, if you think of the way [former VENOM drummer] Antton [Antony Lant, who is also Cronos’ brother] was playing, especially on the last album ‘Hell’, he is a nu-metal drummer and comes from that kind of background. He’s hung ’round VENOM most of his life and it was just good to introduce him to the whole VENOM concept of playing like the way [original VENOM drummer] Abaddon used to play. Basically Abaddon came from a rock background and then basically developed a black metal, speed metal, thrash metal style. The nu-metal drumming is very different and it was a steep learning curve for him. At the end of the day he’s got his own style and he wants to be known for what he’s done and not be in my shadow, which is totally understandable. Some of the guys we had coming to the rehearsals were not ex-CRADLE OF FILTH but they were still, ‘I’ve been in this band, I’ve been in that band,’ but they were all far too young, you know. We were looking for someone in their thirties upwards who understood rock music.”