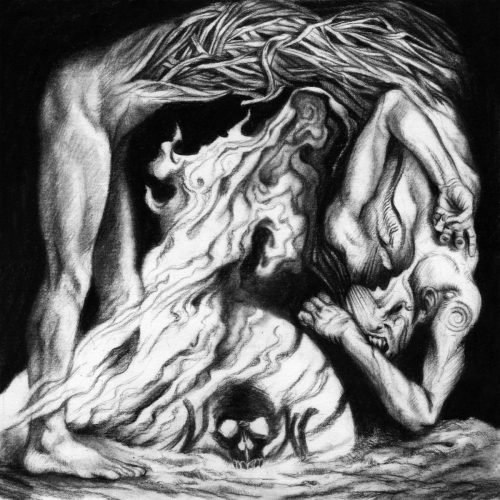 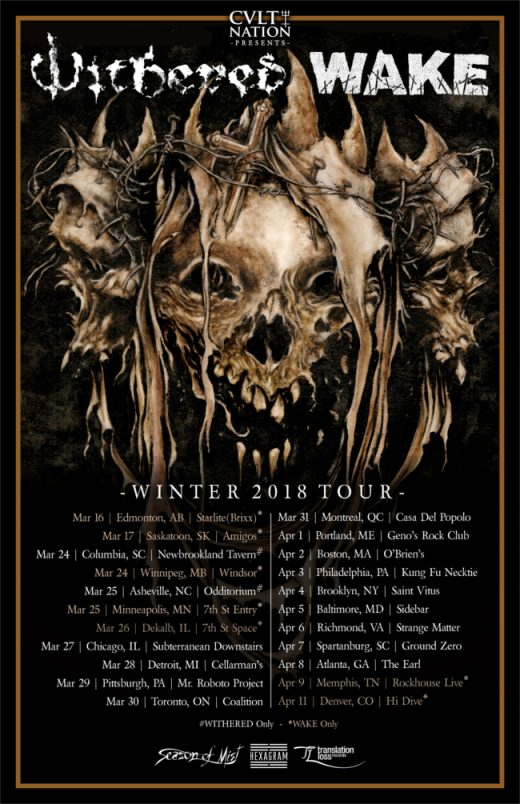 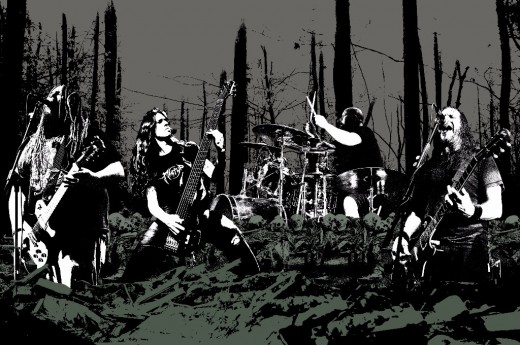 Hot on the heels of signing the great Emptiness, esteemed label Season of Mist have announced the additional signing of WITHERED. The Atlanta based critically acclaimed black metal band will release their next full-length via the label in 2016.

Regarding the signing, WITHERED comment, “We are proud to work with a label like Season of Mist, which is truly committed to supporting extreme metal. WITHERED’s character and passion will be well represented by the Season of Mist team. After three years of evolution, our breath has deepened to fuel our musical exploration, and our growth, past the most brutal of expectations. We’ll see YOU on tour soon!”

Atlanta’s beasts of blackened doom, Withered, have announced their tour schedule for the coming couple of months. The band is on the road promoting their critically acclaimed album “Dualitas” from last year and there’s no end in sight for these guys.

“Our tour dates this April will harbor a monsoon of dynamics, venues, and participants. It feels very chaotic, just the way we love to work. It’ll begin with a one-off date April 1st as we participate in the return of the MACRock festival this year. It’ll be rewarding to bring our new music to this part of the country again, which we’ve neglected unintentionally for several years now,” says singer/guitarist Mike Thompson. 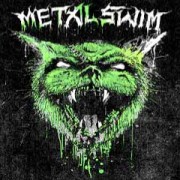 Atlanta’s blackened doom heathens, Withered have launched “Extinguished With the Weary,” the lead track from their upcoming album, “Dualitas,” due October 26th, as part of the new “Metal Swim” collection, presented by Scion A/V and Cartoon Network’s Adult Swim.  The track is available exclusively as a free download on AdultSwim.com/metal starting September 20th.

Guitarist/vocalist Mike Thompson commented on the track: “We chose ‘Extinguished With The Weary,” because this song really showcases some of the newer styling to be experienced on ‘Dualitas.’ It is actually the last song we wrote for the album and we always have a tendency to gravitate towards our newest music when given a choice. We are always looking ahead. This song in particular deals with this same concept. It is about letting go of your emotional & moral foundation. Casting away all the conditioning forced upon you by society, family, friends, etc. so you can redevelop your own reality and approach to life. It’s about finding the freedom to, and eliminating any fear of, establishing a pure existence for yourself without repercussion. Also, it’s really heavy and nasty; a really good listen.” 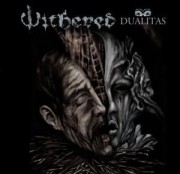 Withered have announced October 26th as the street date for “Dualitas,” their third album, and second for Prosthetic Records. The cover art and track listing have also been unveiled.  The album is available for pre-order at the band’s official webstore.  “Dualitas” was recorded by Kylesa’s Phillip Cope at the Jam Room in Columbia, SC like its predecessor, “Folie Circulaire.” It was announced over the weekend the band would be participating in Danzig’s “Blackest of the Black” Tour, this fall, alongside Possessed, Marduk and Toxic Holocaust.
Withered will join Skeletonwitch and Landmine Marathon for more east coast and Canada dates immediately following.

To see the track listing and concert dates click here.