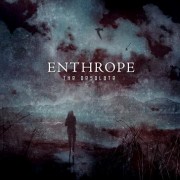 Finnish progressive dark metallers Enthrope announced that their new single “The Desolate” will be released in digital-only format on May 30th, 2011. The single features a song from the “Tomorrow’s Dead Days” album, a previously unreleased track, and two cover songs.

Their latest album “Tomorrow’s Dead Days” was released in 2010 on Supernova Records.