Search Results for "The Browning" 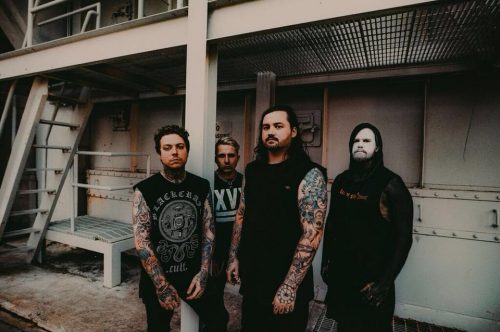 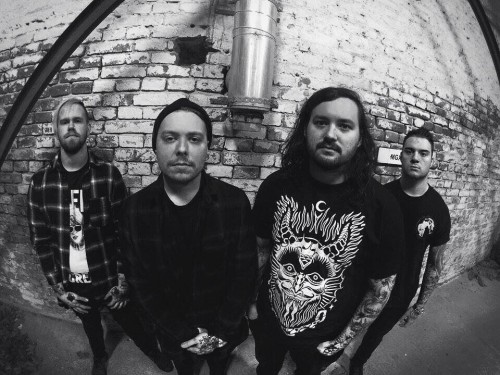 The Browning tour with Alesana, bring the ruckus 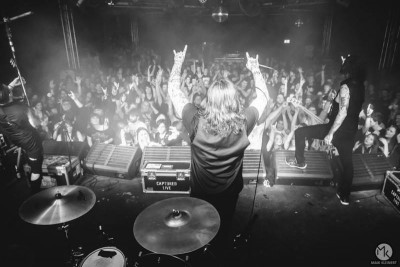 Electronic metallers THE BROWNING have announced a US tour supporting North Carolina rockers ALESANA. The tour kicks off in Winston-Salem, North Carolina on April 3rd, with the final show taking place on May 3rd in Dallas, Texas.  Also joining ALESANA and THE BROWNING are CAPTURE THE CROWN, CONQUER DIVIDE and THE FUNERAL PORTRAIT.

I for one think The Browning take risks and have fun energy, so I root for them and similar spirits Exotype to really evolve with time like Linkin Park did but retain their heavy elements. I think it could be a really good thing. Enter Shikari or 36 Crazyfists  are already there, just bands in their own ballpark.

Don’t miss THE BROWNING on tour with ALESANA at the following shows BELOW.

The Browning kick off US tour 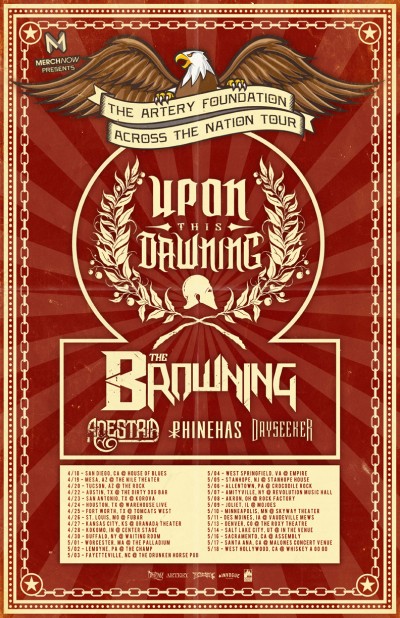 THE BROWNING are due to kick off a US tour with UPON THIS DAWNING – Friday, April 18th – just a few weeks after THE BROWNING wrapped up a European trek with CHELSEA GRIN.

The “Across the Nation” tour starts off at the House of Blues in San Diego, California, and finishes up at the legendary Whiskey A Go Go in West Hollywood on May 18th.  Also performing alongside THE BROWNING and UPON THIS DAWNING are ADESTRIA, PHINEHAS and DAYSEEKER.

Interview- Jonny McBee and Colin Woroniak of The Browning 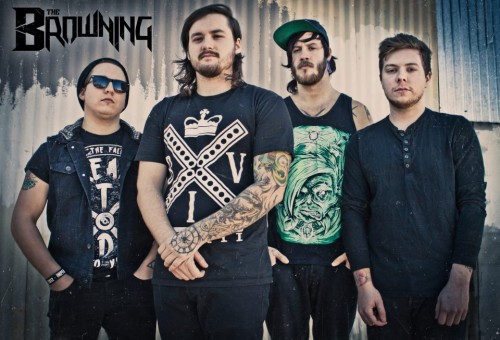 After a banging set at Gramercy Theater, I chatted with hometown homies, The Browning, in New York City. These Kansas City natives discussed their upcoming Earache release Hypernova, growing up metal in the Midwest, and what is going wrong with the influence of electronics in metal.

Texas dub-metallers The Browning are planning to shoot a new music video in March, and they’re asking fans to come out and join them. They will be filming the video for their song “Ashamed” on March 21st at Aftershock in Merriam, Kansas.

In addition to filming the video the band will also be playing a short live set with support from Conflicts.

You can find out more details about the shoot, including the address, here.

The Browning have released a music video for their song “Dominator.” The song comes off of their debut album Burn This World which is set for an October 15th release date.

To see comments from the band and the full music video click here.

The Browning have announced a new tour– “The Noise Revolution Tour” where they will be joined by Static-X, Winds of Plague, and Davey Suicide.

The tour will kick off in Sacramento, California on September 7th and end in Salt Lake City, Utah on September 16th.

The Browning kicks off U.S. tour

Extreme electronic band The Browning will be kicking off their U.S. tour with Design the Skyline tomorrow Saturday, March 9, 2012 in Buffalo, NY. However those of you lucky enough to be in Peoria, IL this evening can catch them with Dying Fetus, Goatwhore and Volumes.

Noah “Shark” Robertson the drummer for The Browning had the following to say about the tour:

“We’re on our way to the big NYC to start our tour with our new friends in Design The Skyline and From Atlantis. We can’t wait to get out there and play for the fans and make new ones in the process! We are so grateful to have such a dedicated following and we hope to reach even more listeners this year by hitting the road harder than we ever have before! The Browning will be destroying a town near you in 2012; look out for us!”

Fear Factory has announced the first of tour dates in support of their forthcoming album which is set for release this coming summer. The tour is set to kick off on May 1st in San Antonio, Texas.  Joining them on tour will be the bands Shadows Fall, The Browning, The Devastated, and Legacy of Disorder.

Texan alternative metal act The Browning have confirmed their first ever European show, at the “With Full Force” festival in Germany, which runs from 29th June to 1st July.

With a number of US tours already under their belt, The Browning are finally heading to Europe to perform tracks from their recently-released debut album, “Burn This World.”

“We are beyond excited to be a part of With Full Force Festival 2012 in Germany and honored to be playing alongside such amazing bands as Emmure, Lamb of God, Children of Bodom, August Burns Red, Heaven Shall Burn and more! We have been eager to play overseas and we can’t wait to perform for our European fans and make some new ones along the way. I hope Germany is ready for The Browning!”

“Burn This World”, the debut album from The Browning out now

Texan electronic metal group The Browning have released their debut album “Burn This World” via Earache Records in Europe and North America.

The album was recorded with producer Josh Schroeder who has also worked with The Catalyst and See You Next Tuesday and they recorded in Bay City, Michigan at Random Awesome studios.

The album is metal combined with electronic elements and can be purchased in Europe here.

To check out the video for the first single off the album “Bloodlust” head here. 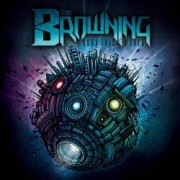 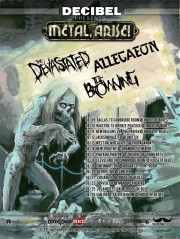 Texan electro-deathcore experimentalists, The Browning, have begun recording their upcoming debut album which will be released on Earache Records. The band will be releasing studio updates periodically via youtube and have even set up a live feed from the studio, so fans can follow the process and get a sneak preview of the upcoming material.