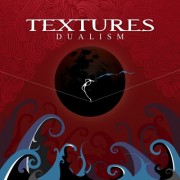 Dutch progressive metallers Textures have announced their European touring plans for the upcoming spring. End of February, the band will hit the road for an 11 date tour with UK shredders Sylosis which ends on the 11th of March at the 013 in Tilburg, the Netherlands. 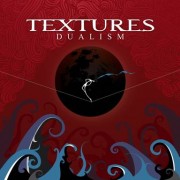 Dutch progressive metal band Textures debut the second track from their upcoming “Dualism” album. Drummer Stef Broks comments: ” “Reaching Home” is about finding a way back to innocence. The person speaking in the lyrics is struggling his way through life, passing by melancholic moments of looking back, clear moments of present time, and hopeful moments of looking forward. Home is where this person’s longing for; but does home lie in living, in only his thoughts, or in surrendering to passing away?”

Textures wil be coming to the US this fall with Periphery, The Human Abstract and The Contortionist on the “Frak The Gods” Tour. Click here for tour dates.

“Dualism” will be available in the US September 27th on Nuclear Blast. Click here for “Reaching Home.” 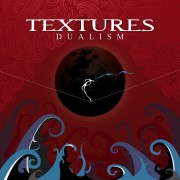 Dutch progressive metal band Textures will be headed west for their inaugural American tour with Periphery, The Human Abstract and The Contortionist, set to launch on September 3rd in Raleigh, North Carolina and wrap-up in Baltimore, Maryland on October 8th, 2011.

This maiden tour will coincide with the release of Textures’ follow-up to 2008’s highly successful & critically lauded “Silhouettes.”  The band have completed their recording at Split Second Sound Studios in Amsterdam with Textures guitarist & producer Jochem Jacobs. This fourth studio album features the debut of new vocalist Daniel de Jongh (ex- CiLiCe) and will be released on Nuclear Blast.

Dutch progressive metal band Textures proudly announce their first ever North American tour this coming Fall with Periphery, The Human Abstract, and The Contortionist. The tour will coincide with the release of Textures’ fourth studio album and Nuclear Blast debut. U.S. and select Canadian show dates will be announced in the next few weeks, so keep your eyes peeled for more info here.

Textures guitar player Bart Hennephof had the following to say about the upcoming “Frak The Gods” tour: Yes, finally we are able to do a tour in the U.S.! We are all very excited! Past years we have gotten a lot of response and messages from the U.S. fans telling us to come over. Finally we can fulfill their (and our own) wishes… and what better band to go on tour with than with Periphery! This tour is going to be a blast! We can’t wait to travel across the country and play shows throughout the States!

Textures recently finished recording their new album at Split Second Sound Studios in Amsterdam with producer Jochem Jacobs, who is also the band’s guitarist. The as-yet-untitled album is the follow-up to 2008’s “Silhouettes” and will feature the debut of new vocalist Daniel de Jongh, formerly of fellow Dutch metallers CiLiCe, to replace the spot vacated by former vocalist Eric Kalsbeek.