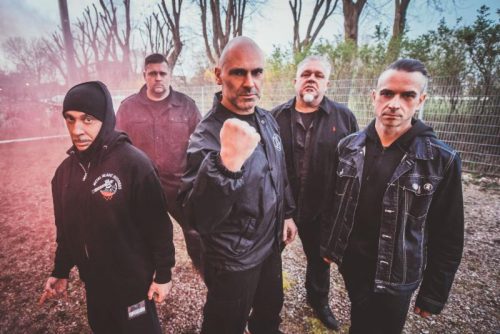 Today we would like to start by saying an RIP to icons of metal art Rosław Szaybo and Larry Carroll, known for their work with Judas Priest and Slayer, respectively.

“Our memories of Rosław Szaybo are strong and he will always be remembered for his now legendary covers he created for Judas Priest as well as the Priest logo – our thoughts and condolences are with his family – love to Ros,” Judas Priest said of Roslaw.

I also want to say that today, 5/23 is always a somber day for me for personal reasons, the anniversary of the passing of my first drummer. It is important to me to spread his drumming since his life was cut short rather young and he was a great talent in the 90’s Woodstock music scene and good guy, so humor my tweet here – please. One love.

5/23 is 19 years since my 1st drummer Pat passed. He also was in a band w actor @Ashtonholmes who you might know from Arrow Season 6 (was cool to see you on there, dude). Pat, you are missed EVERY day. I wish we had made lots more music/memories. Thank You https://t.co/FNc5pqRtuc pic.twitter.com/Wytw6yB5p5

On a brighter note, we have a lot of powerful metal news for you today.

First up, metal masters Exumer have a new video out.

The idea behind Exumer’s new video clip “King’s End” is to visually pay homage to the look and visual aesthetics of the MTV/Headbanger’s Ball era clips from the late 80s and early 90s. Especially when CGI became available as a tool to add effects that were otherwise financially impossible to obtain. The clip was entirely shot, edited and directed by Goreminister in Essen (Turock Club)/Germany during Exumer’s last European dates.

Exumer singer Mem V. Stein: “We were approached by our buddy Goreminister, who has his own You Tube channel and is a pretty known character in the Metal scene in and around Essen, if we would be interested in a new video that resembles old Headbanger’s Ball clips. We instantly were on board with the concept and are now excited to launch something that uniquely resembles the early 90s over the top videos we devoured back when Metal was still on Television.”

Get ready for the fun contradictory combination of nostalgic feelings for a new music video, lifers.

What have you all been listening to? I am real keen on the new Wormwitch Heaven That Dwells Within that came out in April, which I finally purchased last night HERE. Even ordered the physical cd cuz it will be nice to have for driving in areas where streaming isn’t so good. Super snarled, dourly melodic blackened deathy thrashened song writing dark majesty with just enough balance between bite and precision. 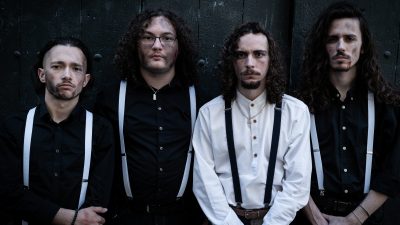 About one year and a half after the official release of their EP Crawl To Paradise (2018), French melodic metallers EZOX just officially released its debut album called One Last Breath, produced @ Recuiem Prod studios (All Dogmas We Hate) and available right now for CD & Digital editions on bandcamp and the main legal platforms.

In addition to the album-release, the band also unveiled a 4K music video for the single “For Today” available on YouTube platform.

Stream the whole album on Bandcamp . 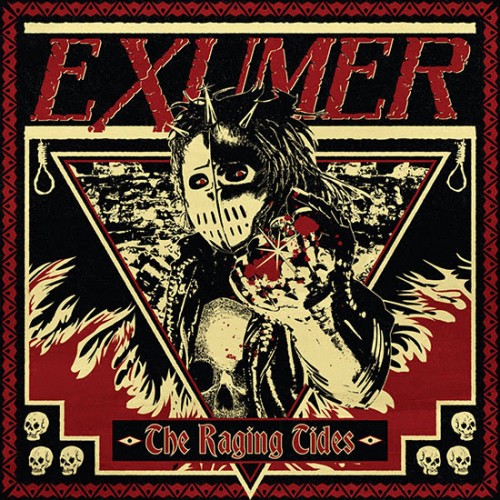 Check out the track list and stream The Raging Tides and check out Exumer tour dates here. 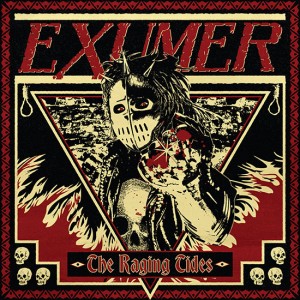 German thrash metallers Exumer have announced The Raging Tides as their upcoming fourth full-length, set to be released January 29th via Metal Blade Records! To hear the first single – the album’s title track – and to pre-order the record in various formats, head over to:http://www.metalblade.com/exumer

Recorded with producer/engineer Waldemar Soychta at Waldstreet Sound in Dortmund, Germany, The Raging Tides is a deliberate and violent thrash attack that stays true to the band’s 30 year legacy. Conceptually and lyrically, vocalist Mem V. Stein has based the bulk of the record around human suffering – specifically “caused by torture or other means for political, religious, or personal gain for the individuals/organizations who inflict the pain,” Stein asserts. Inspired by a wide range of books and articles, the title of the album itself, according to Stein, “represents the ebb and flow of human misery and despair around the globe.”

See below for The Raging Tides‘ track-listing, with more news coming soon!

Exumer have also been confirmed to headline the upcoming “Metal on the Rocks” Festival in Mexico City featuring such bands as Morbid Saint, Inquisition from Colombia, Mexican act Ragnell and others. Exumer had planned to play Mexico in 2010 but the promoters apparently made sure that wouldn’t happen.  This time around they have three dates in Mexico and others in South America.  Yuo can see a list of dates here.

Vocalist Mem Von Stein had this to say about the Mexican shows:

“We were devastated when we learned that we were not able to play those shows in Mexico in 2010. It was the first time in our career that we had to cancel a series of live shows in a country that has some of the most loyal and devoted metal fans on the planet. We hope that we can make it up to the fans this time around and are proud to premier a brand new live set that will include songs from our brand new album “Fire and Damnation”, for the very first time in Mexico!”

German thrashers Exumer have released another song from their upcoming album which is also their first in 25 years.  The album is being called Fire and Damnation and scheduled for release through Metal Blade Records on April 6, 2012  in Europe and in the US on April 10th.

The song called “Vermin of the Sky” can be found streaming here.

Recently the band’s lead singer Mem V. Stein had this too say about the album:

The upcoming album will be released April 6th in Europe and April 10th in North America through Metal Blade Records.

Germany’s thrash lifers Exumer are just about ready to release their first recording in 24 years. “Fire & Damnation” will be released by Metal Blade, their label debut, on April 10th. These guys formed in 1985, broke up in the 1990 and then re-united in ’09. What was I doing in ’85? Shitting my pants, not cause I was an infant, but because the Royals won the World Series. Talk about a fluke.

So here we have these 35-40+ Germans getting back in the metal scene after a few decades. The upside is they always knew how to wow the far off markets, gathering a unusually strong following outside of Germany, like Brazil and…Poland. The downside is this could be an album best fit for aging Gen Xers or some youthful Boomers. I hope this resurrection turns out for the people at Metal Blade.

Click here for a preview video of “Fire & Damnation.”