Prog metal band Ulver have released a music video for the song “Magic Hollow” off their upcoming album Childhood’s End. The album is a collection of psychedelic rock covers and is set for release on June 5th via Kscope Records. The video is Ulver’s interpretation of The Beau Brummels song and was directed by Justin Oakey. You can see the track list and watch the video here. 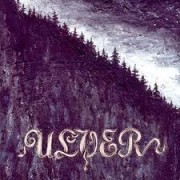 Ulver also plans on spending less time touring next year and will be splitting the touring into 2 parts, one tour before summer and one after, along with doing occasional festivals here and there.