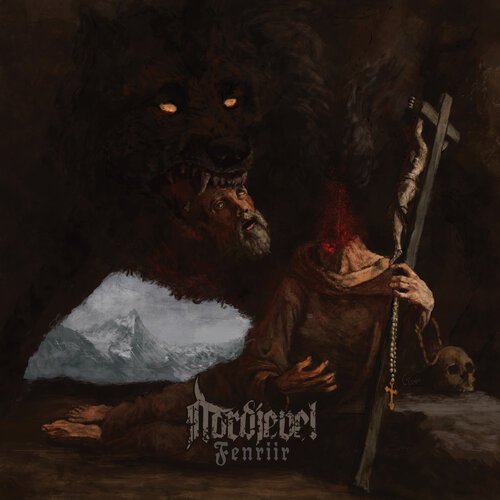 Black metal agitators NORDJEVEL will return with a new EP this year entitled Fenriir (Pre order now HERE). Indie Recordings is handling the release – which is named after the famed wolf from Norse mythology, naturally- and the EP will be released on May 7th. I feel like Floki from Vikings (based on Flóki Vilgerðarson) would especially be stoked about the pagan art of the giant wolf in question chomping off a Christian priest’s unlucky bonce.

We have been writing material for the upcoming full-length, and are still working on it now, but, due to the ongoing pandemic situation we decided to delay its release until late 2021, in the hope of being able to play live and tour with the album.

“Fenriir” is an EP that shows all sides of NORDJEVEL, from the very beginning, right up to where we are now. We had a few extra tracks which we decided early on in the recording process didn`t fit our upcoming album, so we decided to include two tracks, the title track “Fenriir”, along with “Rovdyr”, and make them exclusively available for this EP.

To make the release more special, we also decided to record ” Gnawing The Bones” which is one of the new songs that will be on the upcoming album. We also wanted to include a live track, so we mixed and mastered a version of ” Det Ror Og Ror” which was recorded live at Brutal Assault in 2019 by Hugo Alvarstein.

And of course we couldn’t miss the opportunity to record a cover of “Fallen Angel” by the mighty POSSESSED. It is our tribute to them as the pioneers they are for our music, and also to honour them after we had the pleasure of touring with them last year.

NORDJEVEL’s lineup on Fenriir includes Doedsadmiral on Vocals, Destructhor and Valla on Guitars, Dzepticunt on Bass and Dominator on Drums. Vocals, bass and guitars were recorded at Velvet Recording, Spydeberg, Norway, by Nordjevel and Christer Krogh, whilst drums recorded at Studio LV5 in Sundsvall, Sweden.

With Artwork and layout by Doedsadmiral and long-time collaborator Khaos Diktator Design, “Fenriir” will be available in CD, Digital and Vinyl formats. Track listing for “Fenriir” is as follows: 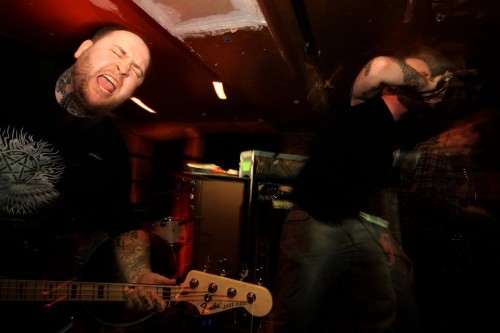